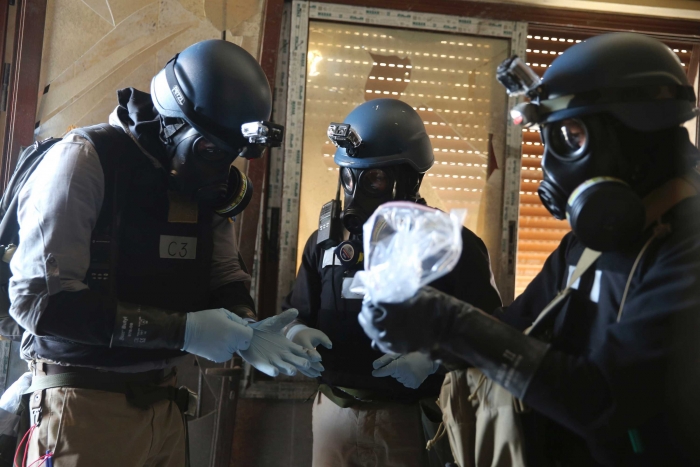 Syria’s main political opposition has called on the UN Security Council to reopen the file of the chemical massacre which the Assad regime carried out three years ago, in August 2013, which resulted in the deaths of 1,127 Syrian civilians, a third of whom were women and children, and to transfer the issue to the International Criminal Court to determine the perpetrators and those responsible, bring them to justice, and prevent them from repeating their crimes.

Independent human rights reports indicate that the Assad regime has used chemical and banned weapons 136 times since the Security Council issued Resolution 2118 on September 27, 2013, which ordered the destruction of the regime’s chemical stockpiles, reflecting the regime’s disregard for the international community and its view that it be protected from punishment.

The Syrian National Coalition condemned the statements of the regime’s representative at the United Nations, Bashar al-Jaafari and his irresponsible fabrications which disrespect the blood of the victims, and in which he accused the French state in an attempt to shuffle the deck and deny the responsibility of his regime, which after its crime gave up its stores of chemical weapons under the threat of international sanctions and America’s threat to use force.

The coalition pointed out that the murderous regime of Bashar al-Assad has insisted on rejecting its responsibility for the chemical massacre in the Damascus suburbs even as investigations by the United Nations and international groups have revealed more evidence of its direct responsibility.