US Congress and the Pentagon have ignored the Obama administration’s efforts to secure a truce in Syria, says top adviser to Assad 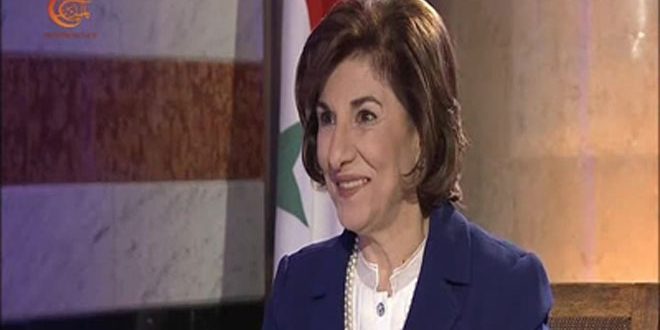 Presidential adviser Bouthaina Shaaban asserted that the Syrian government and army is determined to restore sovereignty over the whole country and will respond to any attempts to target the nation in order to preserve Syria’s future and unity.

In an interview with Lebanese Al-Mayadeen TV on Monday, Shaaban said that the weakness and disarray of Washington’s positions towards the region are reflected in its implementation of the Russian-US deal on Syria, as US Congress and the Pentagon have ignored the Obama administration’s efforts to secure a truce. She pointed out that the recent Russian-US deal cannot be implemented unless the disunity in Washington’s policies are resolved.

On what has been circulated via media outlets regarding the US attack on a Syrian army position in Deir-ez-Zor, Shaaban clarified that the US apology came through informal channels, adding that Syria requests a public apology that ensures that the incident is never repeated.

Shaaban also accused the so-called “opposition” of rejecting dialogue with the Syrian government because its members are tied to foreign agendas, noting that on the other hand, agreements were reached with some armed groups because they “have more independence than those who were entrusted with holding dialogue in Geneva.”