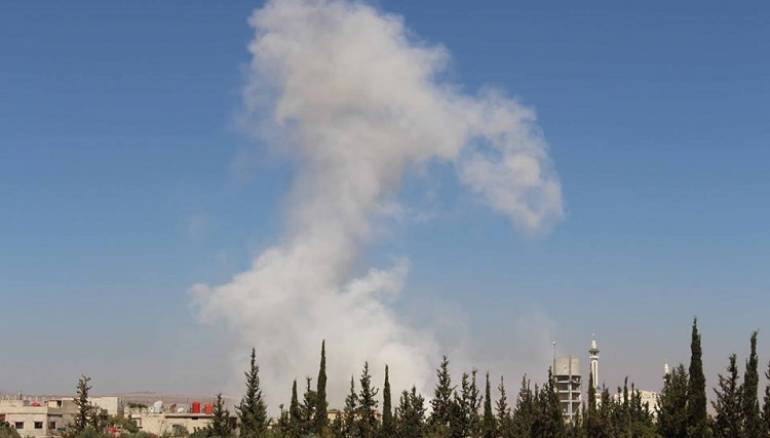 One civilian has been killed and dozens injured on Monday in regime and Russian air strikes on the Palestinian Khan al-Shih camp in the capital's western Ghouta suburbs, Local Coordination Committees said Monday.

Monitors counted 36 barrel bombs dropped by regime warplanes on the towns of Khan al-Shih, Deir Khabiya and Maqlibe in Western Ghouta over 24 hours.

On Sunday, three people were killed and 20 more people wounded in Al-Wadi and Deir Khabiya when regime warplanes pounded the towns with 30 barrel bombs, the Western Ghouta Media Center said.