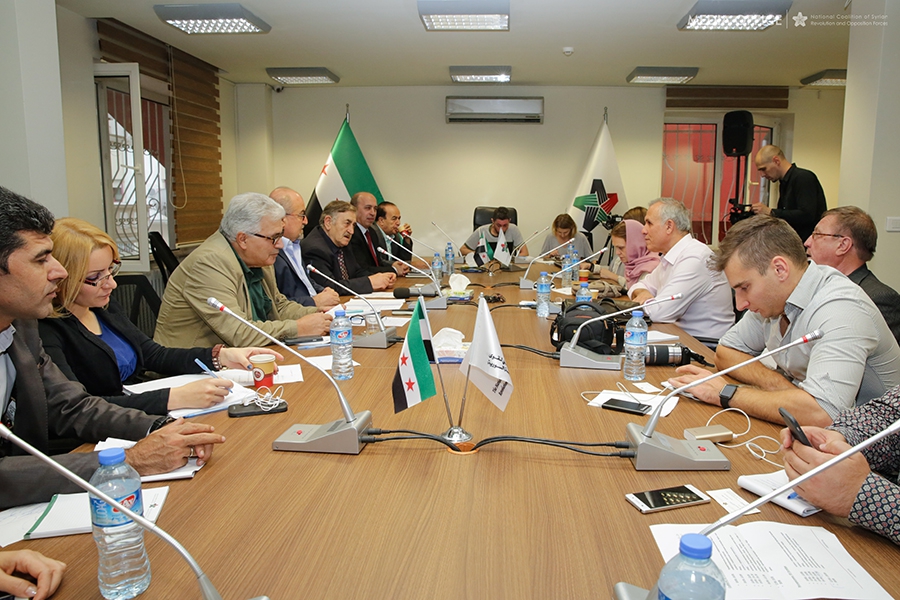 More than a dozen Russian journalists have been invited to the Turkish city of Istanbul to meet with major Syrian opposition figures, including representatives from the Syrian National Coalition, Free Syrian Army, and Syrian civil society organizations as part of a plan to put forward the opposition’s views on the latest political and military developments in Syria.

Ahmed Ramadan, the coordinator of the Coalition’s media department, said that the 15 journalists represent a number of major Russian media outlets, adding that the move aims to draw world public opinion closer to the Syrian revolution.

In a meeting with the Russian press delegation on Saturday, Ramadan said that the regime of Bashar al-Assad responded to the revolution with a brutal crackdown even though he admitted the revolution remained peaceful throughout its first six months. Assad’s security forces killed over 3,000 peaceful demonstrators during this period, Ramadan said, adding that regime forces summarily executed 2,885 unarmed civilians, including 200 children, between 2012 and 2013.

Ramadan warned that Russian President Vladimir Putin's support for Assad risks endangering friendly relations between the Syrian and Russian people, citing Moscow’s veto of four UN Security Council resolutions drafted to condemn the crimes of the Assad regime. He said that the Russian air force has so far killed over 3,000 Syrian civilians and continues to use internationally banned weapons in its ongoing bombing campaign on Syria.

Ramadan reiterated the opposition’s commitment to a political solution, stressing that the Coalition responded positively to all UN Security Council resolutions on Syria, especially the Geneva 2012 Communique. He stressed that Assad and Putin continue to refuse to abide by international resolutions issued to find a political solution through their military escalation and continued massacring of Syrian civilians.