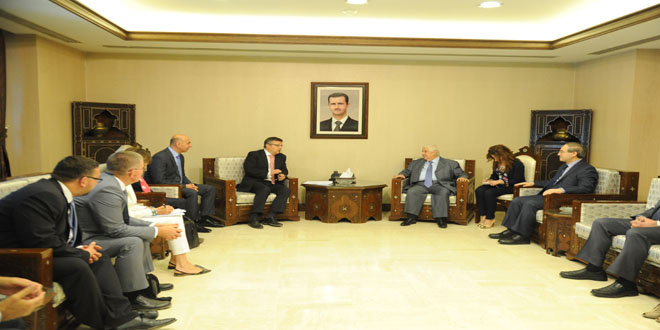 During the meeting, Muallem expressed gratitude to the Czech Republic for providing humanitarian aid to the Syrian people.

In turn, Tlapa said his country hopes that a quick solution to the crisis in Syria will be reached, expressing willingness to contribute to any efforts that will help in finding a solution to help in rebuilding Syria.

The Czech official affirmed that his visit to Syria came as an expression of the friendship that binds the two countries, stressing the importance of maintaining communication between the officials of Syria and the Czech Republic.