Warplanes kill six civilians, including three children and two women, one of which was pregnant, according to activist 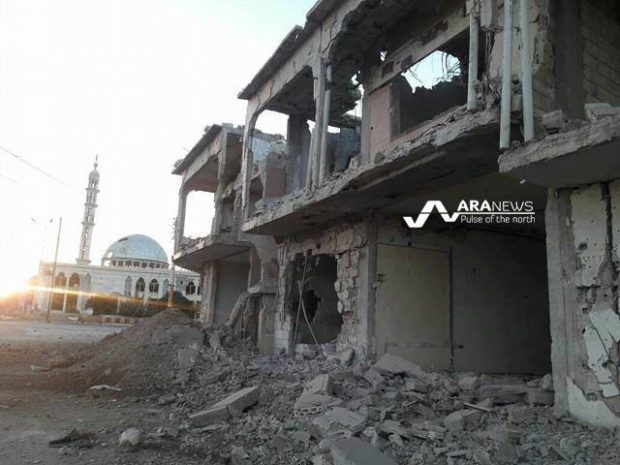 Regime warplanes committed a massacre on Wednesday in the city of Houla, Homs countryside, after they targeted residential neighborhoods with strikes that killed six people, mostly children, while also injuring others.

Haitham al-Kasem, a media activist from the Homs countryside told ARA News that, "the regime warplanes targeted the residential neighborhoods of Houla city with six raids which killed six civilians, including three children and two women, one of which was pregnant. Others were injured, including children and women."

Opposition factions reacted by shelling all the government checkpoints around the city, including positions in the loyalist villages of Karmes, Mariameen, Al-Shania and Al-Kabu, using heavy machineguns and mortars.

Houla city has been under constant aerial bombardment for four days, leaving many people dead and injured. Local activists say the escalation is an attempt by the regime to relocate the city’s residents as part of the regime’s enforced displacement policy.