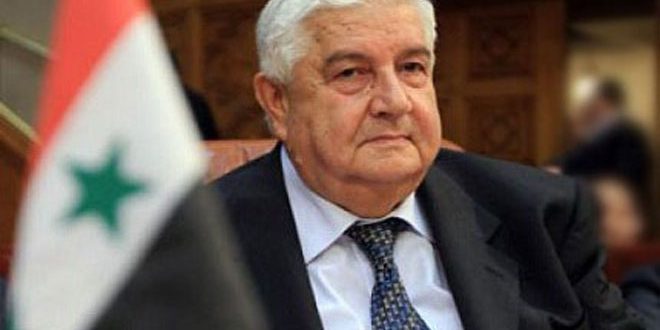 Syria’s Foreign Minister Walid al-Muallem will pay a three-day visit to the Russian capital by the end of October, the Syrian Embassy in Moscow confirmed on Tuesday.

Russian website RT quoted Ambassador Riyad Haddad as saying that Muallem will meet a number of Russian officials on his visit, including the Foreign Minister Sergei Lavrov.

Last Friday, Russian Deputy Foreign Minister Gennady Gatilov had hinted that Muallem’s visit to Moscow would take place before the end of the month.