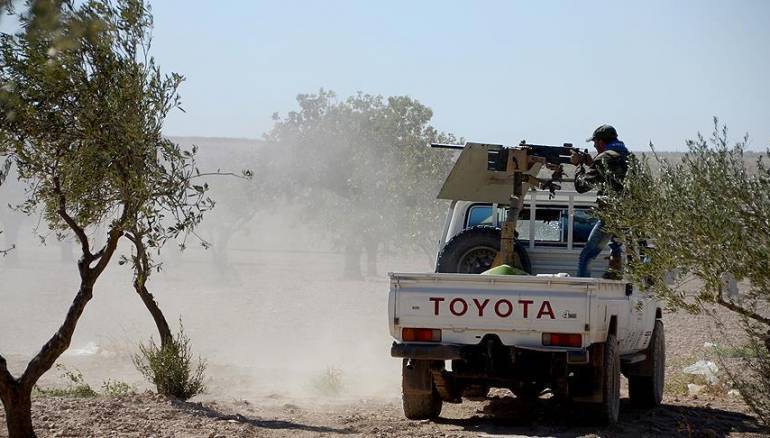 The aerial bombing targeted the towns of Kafr Zeita, Mork, Maerkabba and Al-Buweidha. No casualties were reported.

In its turn, Jaish aI-Izza (Army of Glory) said via social media that number of regime soldiers had been killed near the town of Soran after being hit by U.S.-made TOW missiles.