“Frankly, right now I do not see any preconditions for the ministerial meeting... as of today, at issue is the fulfillment of existing arrangements," deputy FM tells reporters in the Russian capital 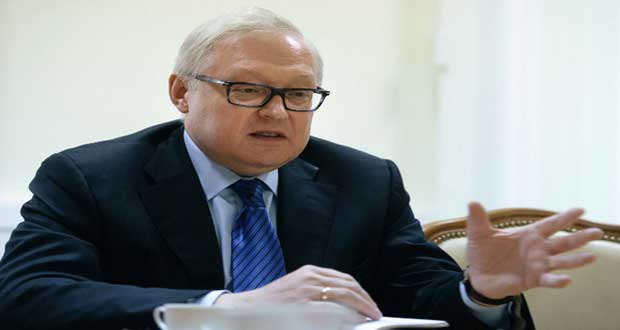 Russian Deputy Foreign Minister Sergei Ryabkov said that Moscow does not yet see the prospects of holding Lausanne-format meetings on Syria as long as existing agreements are not fulfilled.

“Frankly, right now I do not see any preconditions for the ministerial meeting. Of course, the ministers are deciding, the situation may change quickly enough. Of course, everything depends on the evolution of the situation on the ground. But, as of today, at issue is the fulfillment of existing arrangements,” Ryabkov told reporters in Moscow Monday.

He pointed out that both Moscow and Damascus are implementing the agreements in full. The renewal of a humanitarian pause in Syria is off the table after none of the requirements have been met on the ground, he said.

The diplomat added that he sees no need for further political impulses because the issue lies in the necessity of implementing current agreements in full, adding “let’s wait to see what will happen later from the other side in the upcoming stage prior to the U.S. elections.”

Ryabkov said that the armed opposition must behave adequately in order to resume the recently collapsed humanitarian pause.

“The humanitarian pause ended on Saturday. It is clear that in order to return to it, our opponents need to ensure the adequate behavior of the armed terrorist groups that, in particular, disrupted the medical evacuation intended during the preceding humanitarian pause.”