Opposition leader hopes Trump can prove his critics wrong by showing greater leadership over Syria than his predecessor Barack Obama, with a comprehensive new approach to protect civilians 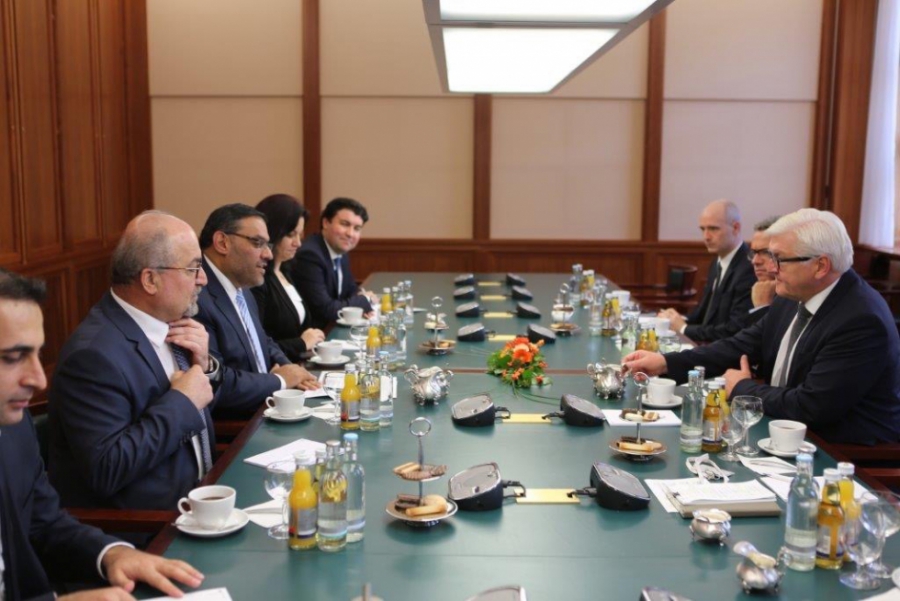 A delegation of the opposition Syrian National Coalition on Wednesday welcomed the victory of Donald Trump as President-elect of the United States.

In a press statement released following a meeting with Germany’s Foreign Minister in Berlin, Coalition President Anas al-Abdah welcomed the election of Donald Trump as President of the United States, adding that they look forward to discussing new US leadership on Syria with him and his team.

He expressed hope that President-elect Trump “can prove his critics wrong by showing greater leadership over Syria than his predecessor, and take forward a comprehensive new approach which centers on the urgent need for concrete steps to protect civilians.”

During the meeting, Abdah and German Foreign Minister Frank-Walter Steinmeier discussed the importance of a comprehensive new approach to the Syria crisis which prioritizes the protection of civilians.

Abdah thanked Germany for its ongoing support toward the Syrian people, particularly its vital humanitarian aid and its continued leadership on the refugee crisis.

He reaffirmed that the tragedy unfolding in Aleppo is a result of the international community’s abject failure to protect civilians or lift the sieges across Syria.

"We urged our German partners to increase the pressure on the Assad regime’s backers by imposing targeted EU sanctions against Russian entities complicit in war crimes … It is clear that neither the Assad regime nor Russia will abandon a military solution in Syria unless compelled to do so,” he said.

Abdah said that deterring all indiscriminate attacks with a nationwide no-fly zone will save lives, make the delivery of humanitarian aid less challenging, reduce the refugee exodus, improve the fight against extremism, and force the regime back to Geneva to negotiate a political transition.

Abdah said the Coalition welcomed Steinmeier’s clear commitment to consider all options towards the goal and that Germany will convene with European partners over the weekend to discuss the next steps.