Key Assyrian figure congratulates president-elect Trump on election win, calling on US to devote greater interest in ending the suffering of Assyrians in the region 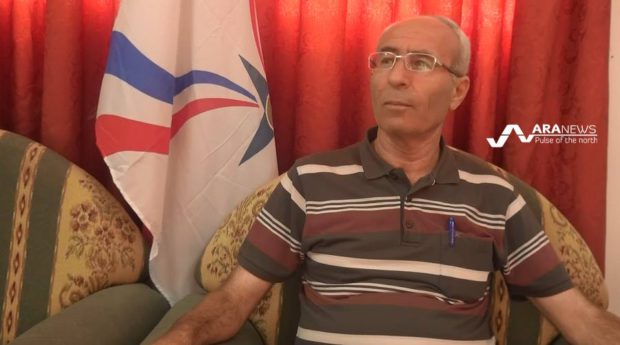 The Assyrian Democratic Organization has called on the new American president Donald Trump to devote attention to the Assyrians in Syria and Iraq and work to stop the war and end the bloodshed in Syria.

An official in the political bureau of the Organization, Gabriel Moshe Koria, said in a congratulatory message to the new American president that: “We call on the new American administration with its president to stop the war in Syria and work to achieve a political solution that ends the suffering of Syrians in cooperation with influential nations in the Syrian conflict, a solution which responds to the aspirations of Syrians for freedom and dignity, and built a secular democratic nations, based on the principles of justice, equality, partnership, freedom and human rights.”

Koria also called on Trump to, “Give enough importance to supporting the existence of Assyrians in both Syria and Iraq, and returning migrants to their cities and towns, and rebuilding their buildings, and providing sufficient guarantees for their safety around the violations which may be carried out against them in the future and guaranteeing their legitimate rights and approval constitutionally.”

The Assyrian writer Efram Hana told ARA News, “The previous American president, Barack Obama, did not give enough interest to the Assyrian-Chaldean people in the Middle East, who have been subjected to attacks by the Islamic State terrorist organization and have had hundreds of their people kidnapped, mostly women and children.”

Hana added: “He didn’t even work on preserving the identity and existence of our people in Syria and Iraq and defending them. For that reason we call on the new president to address the legitimate rights of our people, their protection, and preserve their historical legacy.”

The Assyrians in Syria and Iraq have been victim to attacks by ISIS militants, as the group has kidnapped about 300 Assyrians while invading their villages in the Tamar town countryside on the banks of the Khabur river in the western Hassakeh countryside, before the Kurdish People’s Protection Units regained control over these areas and expelled the organization.