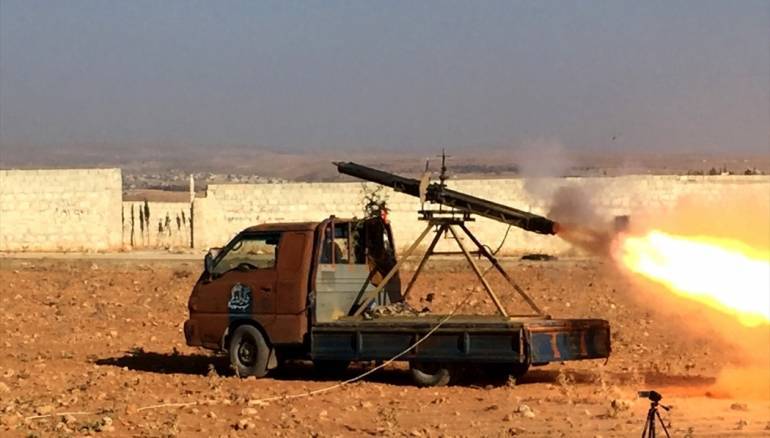 At least 10 Syrian army soldiers were killed and a helicopter was destroyed on Sunday when opposition factions shelled Hama’s military airport, according to a rebel statement posted online.

Jaish al-Nasr (Army of Victory), an FSA-linked formation operating in Hama’s northern countryside, issued a statement via Twitter claiming its fighters destroyed a helicopter and killed 10 regime soldiers by targeting the airport with surface-to-surface rockets.

The shelling also caused an ammunition warehouse at the airport to explode.