Speaker Abbas says the revolution, in which late President Hafez Assad ascended to power, laid the groundwork for comprehensive progress in all walks of life in Syria 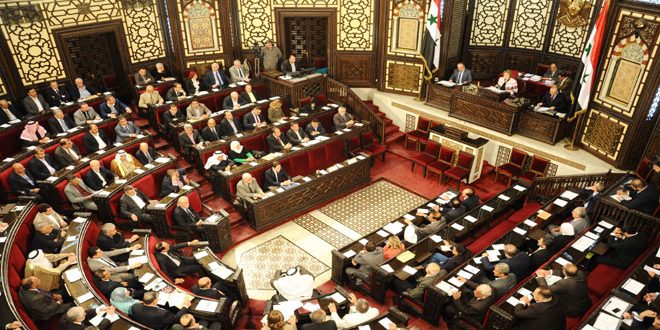 Syria’s parliament met on Wednesday to mark the 46th anniversary of the Corrective Revolution, which brought the Syrian Arab Socialist Baath Party and late president Hafez al-Assad to power.

Chairing the session, Speaker Hadiyeh al-Abbas said that the Revolution laid the groundwork for comprehensive progress in all walks of life in Syria, allowing the country to advance on the political, economic, social and cultural levels.

Abbas pointed out that the Revolution provided Syria with the strength to build its own state with its military, institutions, and economy. She also saluted the Syrian people, the Syrian army, and President Bashar al-Assad who is leading the battle of defending the nation.