Talks touched on bolstering cooperation in trade, investment, oil, gas and transport with the main goal of equipping Syria against the threat of terrorism 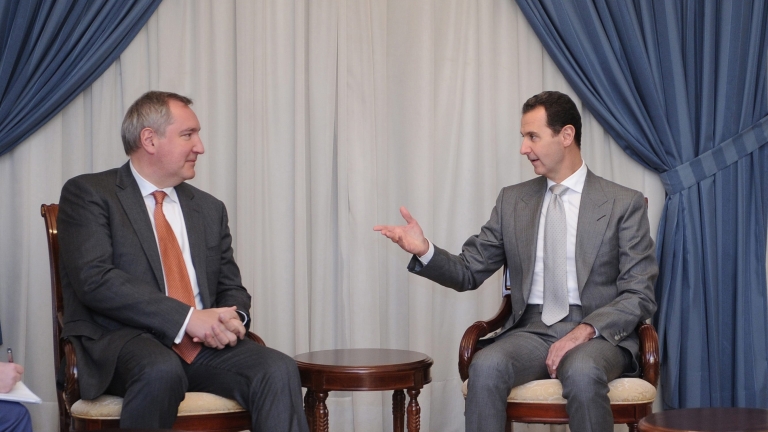 Talks during the meeting touched on the close historic relationship between Syria and Russia in regards to continuing trade coordination and the joint fight against terrorism, as well as enhancing cooperation in trade, investment, oil, gas and transport.

President Assad cited the importance of the Russian support for Syria in all fields, particularly in regards to the economic situation which has concretely contributed to reducing Syrians' sufferings as a result of war and economic sanctions.

Deputy Prime Minister Rogozin underscored that the main goal for the political, economic and military assistance provided by Russia to Syria is to bolster the country against terrorism.