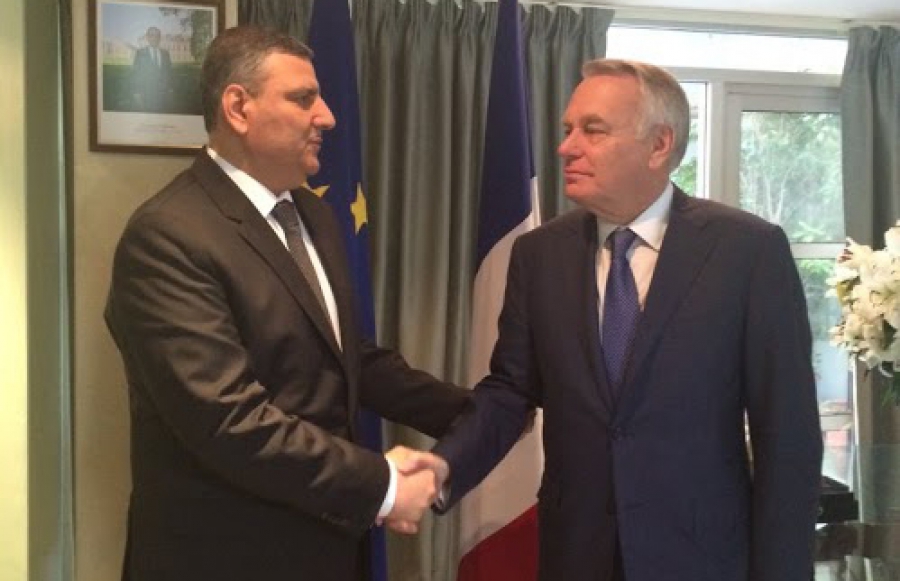 Syrian opposition leader Riyad Hijab has called upon the international community to assume its responsibility in stopping the massacres being committed by the Assad regime and its allies in Syria as well as ratchet up pressure on Russia to end its aggression in Syria.

At a meeting with French Foreign Minister Jean-Marc Ayrault in Doha on Sunday, Hijab stressed that the brutal onslaught on Aleppo by the Assad regime and its Russian and Iranian allies constitute war crimes and crimes against humanity.

The two sides discussed the serious military escalation against civilians and medical facilities, especially in Aleppo by the Assad regime and Russia, with Hijab describing the situation in Aleppo as catastrophic after air strikes destroyed all hospitals in the eastern city.

The meeting also touched on ways to lift the blockade imposed by regime forces and the Iranian-backed foreign militias on Syrian towns and cities, stressing the risk of starvation in eastern Aleppo due to acute shortages of food supplies.

Hijab also underlined the need to ensure accountability for war crimes being committed in Syria, especially in Aleppo, calling for a binding resolution by the UN General Assembly in light of Russia’s blocking of Security Council resolutions through its repeated use of the veto.