Late Cuban president will remain a model for those seeking independence and liberation from yoke of colonialism, says Assad 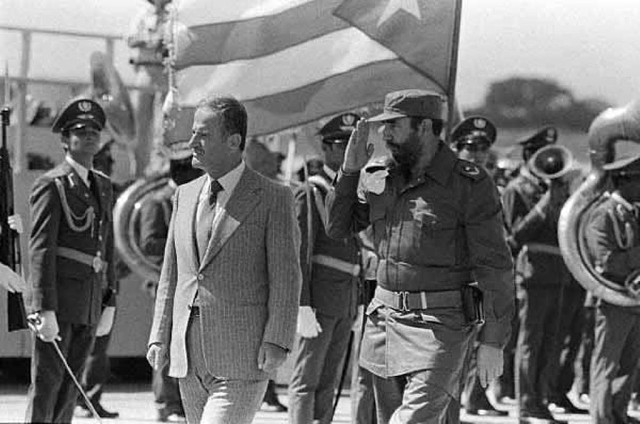 President Bashar al-Assad on Saturday offered condolences to the Cuban people over the death of former leader and revolutionary Fidel Castro.

In a letter to the current president, Raul Castro, Assad expressed heartfelt condolences on behalf of the Syrian people to the leadership and people of Cuba, wishing them success and hoping that the late president will rest in peace.

As a “great” leader, Castro efficiently led the struggle of his country and people against imperialism and hegemony for decades, Assad said, adding that his steadfastness has become an example and an inspiration for leaders and people everywhere in the world.

“Our friend Cuba was able under his leadership to stand its ground in the face of the most ferocious of sanctions and unfair campaigns witnessed in our modern history,” said the president, adding that Cuba has become a beacon for the liberation of the peoples of South American countries and others around the world.

“The name Fidel Castro will live forever in the minds of generations and remain an inspiration for all the peoples who aspire to achieve real independence and liberation from the yoke of colonialism and hegemony,” he said.