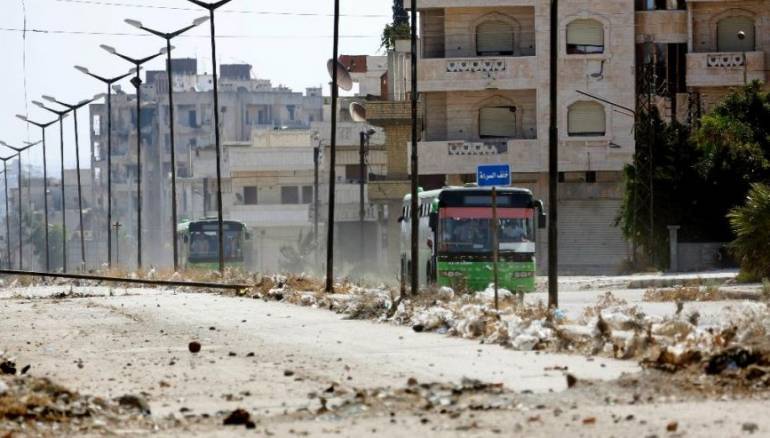 The besieged Homs neighborhood of Waer on Tuesday witnessed a careful calmness on the first day of a cease-fire between militants and regime forces, activists said, with locals describing life as paralyzed despite the truce.

On Monday, Waer’s negotiating committee met with a Russian delegate in the administrative building of the state bakery in the outskirts of the neighborhood. The meeting lasted two hours.

Sources close to the negotiations committee in the neighborhood told Zaman al-Wasl that opposition negotiators presented a Russian delegate with a signed agreement with the regime from last year, explaining the deal was violated several times in the past days by targeting the neighborhood with heavy weapons.

The sources confirmed that the Russian officer guaranteed a five-day cease-fire and that negotiations would be held the following week to discuss the non-implementation of the Waer agreement.

The besieged Waer neighborhood, known officially as “new Homs,” has been bombed in the past 13 days with hundreds of rockets, tank shells, heavy artillery and napalm.

At least 20 people have been killed by the bombings and more than 100 injured, 20 of which are in critical condition and 15 who are suffering burns from napalm.