Conference will be an incentive for the other opposition areas to activate the role of women and start organized action, says member for east Ghouta women's council 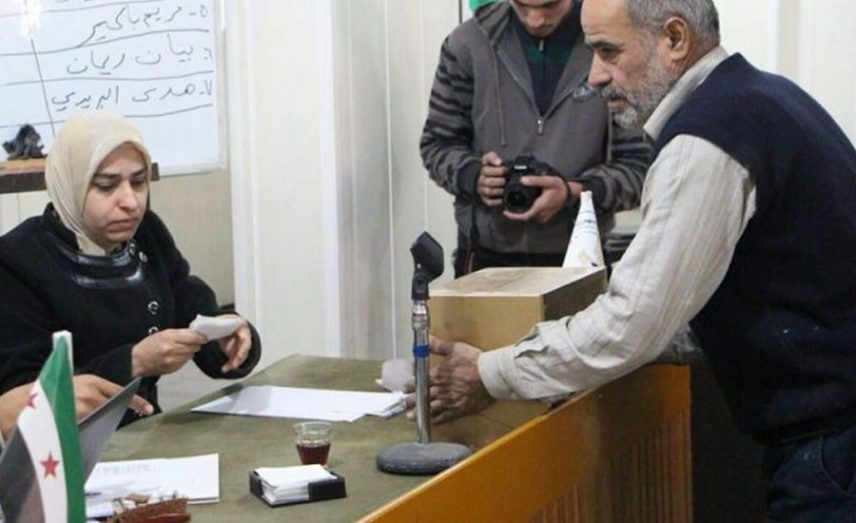 The liberated Damascus countryside in cooperation with a women’s council in the eastern Ghouta organized the area’s first women’s conference in a preliminary step for women to enter organized political life in the Syrian revolution. The importance of the conference comes in light of the attempts to impose truces and reconciliations which end in forced displacement, especially in the Damascus countryside.

It highlights the importance of female participation in developing a comprehensive plan in which all classes of society and its civilian and intellectual sectors can resist any local truces or reconciliations that do not meet the demands and aims of the revolution.

While participating over the internet, member of the High Negotiations Committee Suhair al-Atassi stressed a number of points she considered to be an action plan for the conference: First, agree on a cooperation and coordination plan with the civilian and military side to resist the regime forces and Russia; second, develop a strategic plan to resist the idea of the truces; third, establish a coordination mechanism between the council emerging from the conference and a conference where the Syrian revolution’s women’s authority will emerge. The council aims to be a voice for women in the Damascus countryside and broadcast their suffering to the world.

It was expected that the head of the temporary Syrian government, Jawad Abu Hatab, would participate in the conference, but he was obligated to meet with the High Negotiations Committee which prevented him from participating.

A member of the women’s council in the eastern Ghouta, Nemaat Mohsin, told Souriatna that many barriers “were trying to prevent women from taking a real leadership role, most prominently the lack of organized framework gathering Syrian women today.” She added: “This conference will be an incentive for the other opposition areas to activate the role of women and start organized action.”

Mohsin called on “the women who did not participate in the conference to join in the collective activities of the council with the aim of uniting efforts and not being dispersed.”