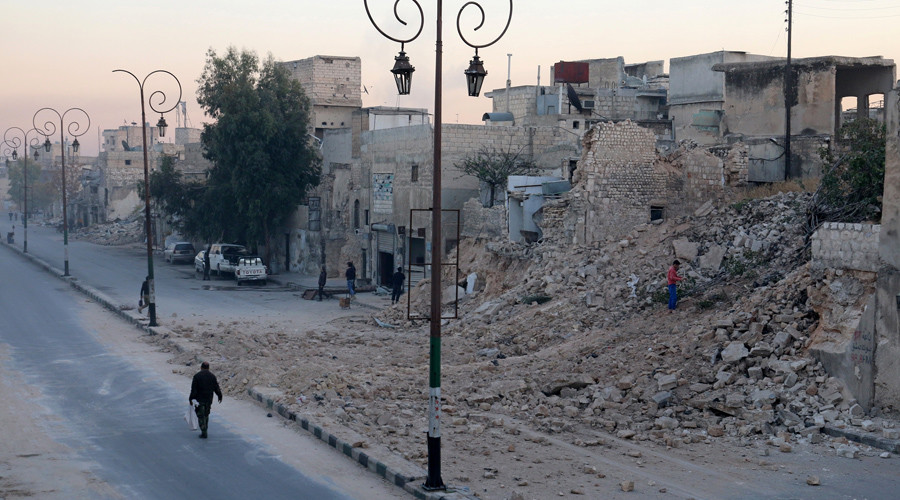 Regime warplanes on Tuesday afternoon carried out a number of airstrikes on civilian homes and displaced people from Aleppo’s eastern districts, killing scores and wounding dozens of civilians at a time when a fierce battle was ongoing between regime forces and rebel groups on a number of western fronts.

Wael Mohamed, an activist in Aleppo, told ARA News that “Warplanes from the regime forces fired a number of missiles carrying parachutes at the homes into which people had fled from the eastern districts toward the Bab al-Nayran district in Aleppo, causing 28 deaths and wounding dozens, most of them women and children. The Civil Defense team is still working to remove the rubble and look for survivors.”

He added: “Those killed were displaced people from the districts of Al-Halak, Baedeen, Hanano Housing and Al-Intharat, which the Syrian Democratic Forces took control of two days ago.

Several “massacres” have resulted from the advance of regime forces into the districts of eastern Aleppo as part of a “genocidal” policy which regime forces are pursuing inside the city in light of the silence of the international community, according to observers.