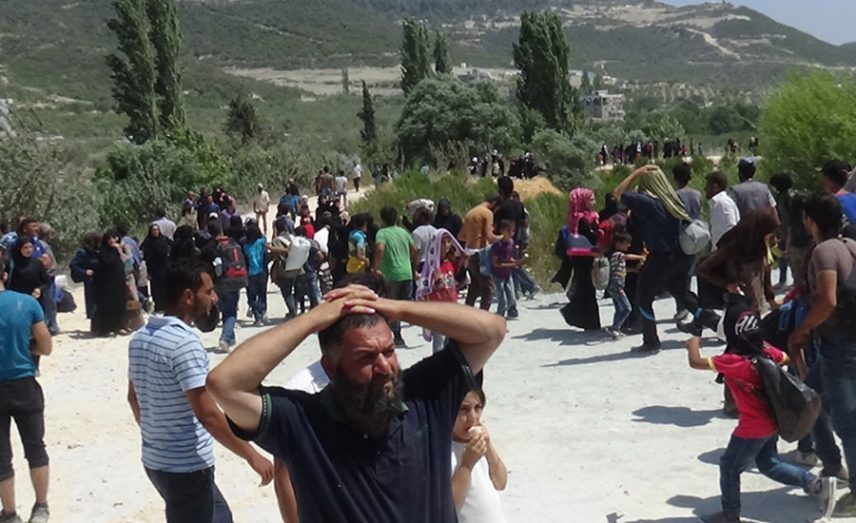 Intensified efforts by Turkey to build a separation barrier on its southern border have not succeeded in stemming the flow of hundreds of Syrians to its territory through smuggling from the Idleb countryside over the past months.

Human trafficking increased recently following the arrival of thousands of Syrian fighters with their families after recent evacuation agreements with the Assad regime, beginning in the city of Zabadani and Daraya and ending with the eastern districts of Aleppo last week. This has pushed Syrians to enter Turkey illegally by paying prices of up to hundreds of dollars, and has pushed the Turkish government to impose a visa on Syrians beginning this year. Turkey will also limit entry through land crossings to specific purposes, like family reunification, humanitarian cases, or transit.

A number of reasons have pushed many Syrians to take the risk of arriving on Turkish territory despite the increased security of the Turkish gendarmes along the length of the border, which measures about 800 kilometers, and which have led to the killing of a number of Syrians, most recently seven people at the beginning of December.

The most important of these reasons may be due to rumors that the Syrian regime and its allies are close to carrying out a major military operation on Idleb and its countryside, and the international warnings about this, especially after it took control of eastern Aleppo.

Nadal Abdullah, who recently reached Turkey from Idleb with his family after the reconciliation in the city of Al-Tell in the Damascus countryside, told Enab Baladi that the living conditions were hard and that trying to find security and a better future for his children pushed him to take the risk of reaching Turkey. The entry to Turkey over the last two years was primarily from the Lattakia countryside — however, that was difficult because of the advance of Assad’s forces during the last few months and its continuous bombardment and targeting of the roads.

Displaced people have no other option but to enter from the Idleb countryside, which hundreds of people aim to do daily, according to media activist Ahmed Hajj Bakri, who lives near the smuggling routes and watches the traffic along them. He said that about 600 people try every day to cross into Turkey, most of them from Aleppo and its countryside and Hama, in addition to the displaced people who have recently arrived from the Damascus countryside.

The prices range from 250 to 800 dollars per person, according to smugglers, while the time needed to cross the border on foot is between three and six hours.