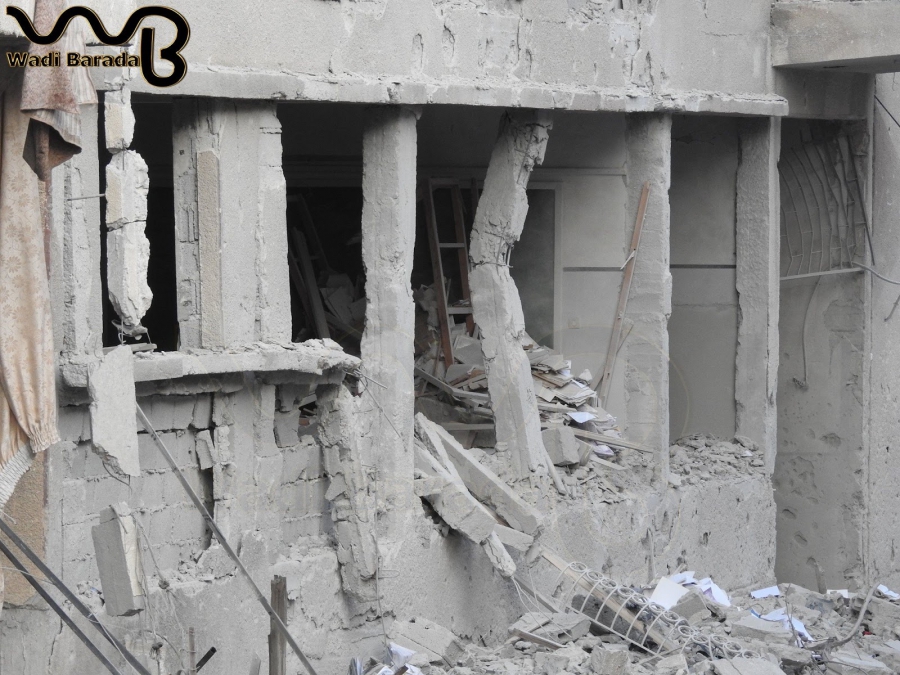 Regime forces and their allied militias have breached the ceasefire more than 399 times, killing at least 271 people, including 25 women and 34 children, since the truce deal went into effect on December 29, 2016.

According to figures compiled by the opposition Syrian National Coalition’s media office, the majority of breaches took place in southern rural Aleppo, the Barada valley in rural Damascus, and the Hama and Daraa countrysides. The figures did not include areas controlled by the Islamic State group.

At least 22 truce violations were committed by regime forces and the Lebanese Hezbollah militia in Damascus and its countryside, Aleppo and Daraa on Monday, killing 11 people and injuring 10 others.

The Coalition condemned the continued truce violations especially in the Barada valley, calling upon the UN Security Council and ceasefire guarantors to immediately end the breaches and hold the perpetrators to account.

Activists in the Barada valley said that regime and Hezbollah forces hit the area with tank and mortar shells on Monday, killing and wounding dozens, as the area continues to face intense bombardment for more than 20 days. Regime forces and their allies have also repeatedly tried to take over the village of Kfeir Alzeit.

Residents trapped in the Barada valley are suffering from a lack of basics such as water and electricity, while communications have been cut due to the ongoing bombardment. Regime forces and their allies are deliberately targeting vital civilian infrastructure in the area, activists claim.

Regime forces also bombed the Rashideen district and Souk al-Jabas area in southern Aleppo as well as the towns of Khan Touman and Khalsa in southern rural Aleppo on Monday. The bombardment left many civilians injured and caused damage to residential buildings.