Syria's main political opposition releases statement calling on the international community to help put an end to the killing, siege and forced displacement in the Barada Valley after government forces took complete control of the area on Sunday 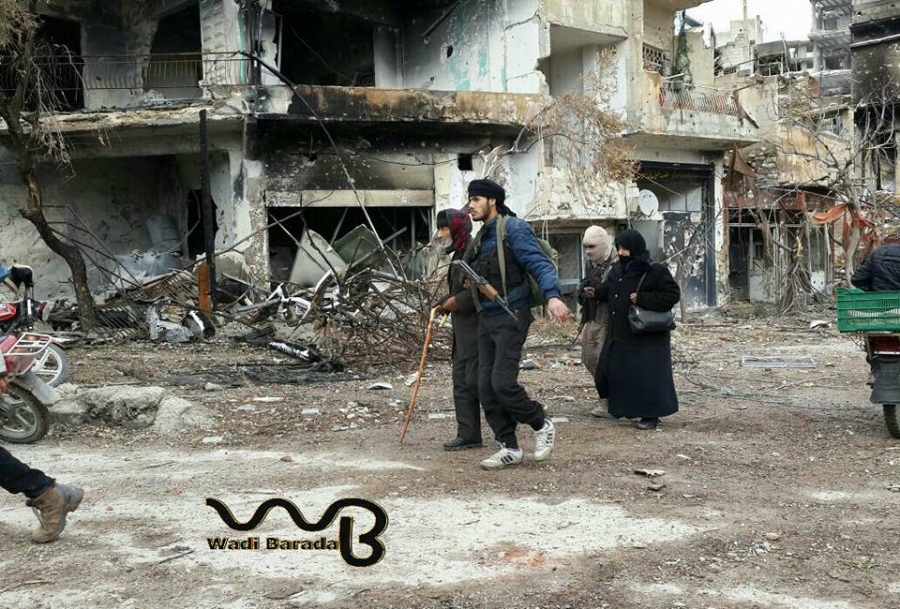 The Syrian National Coalition condemned the forced displacement of residents of the Barada Valley area, stressing that forcing civilians out of their homes and towns is a clear violation of the ceasefire agreement and a continuation of the regime’s plans to bring about demographic change in Syria.

In a statement released on Monday, the Coalition said that the forced displacement of civilians also constitutes a crime against humanity.

“Residents have had to choose between leaving, live under siege and hunger, or to surrender and accept a return to live under repression. The Coalition emphasizes that the foreign militias that have been brought in to kill the Syrian people must be forced to leave all Syrian territory,” the statement said.

The Coalition renewed calls on the UN Security Council to pass a resolution that would put an immediate end to the killings, siege and forced displacement, and stipulate that all parties to the conflict respect the ceasefire agreement. It also calls to ensure the withdrawal of all foreign, sectarian militias from Syria, and contributes to efforts aimed at reaching a political solution that ensures the rights of the Syrian people and their aspirations for freedom, justice and dignity are met.