Opposition is sticking to its position that Assad can have no role in the transition, saying “the heavy price paid by the Syrian people” would have been wasted if he remained in power 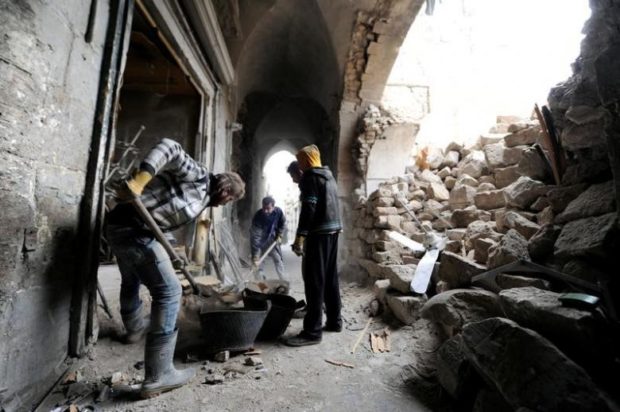 The Syrian opposition’s High Negotiations Committee linked on Wednesday its participation in the Geneva talks expected on Feb. 23 to the results of Thursday’s “Astana 2” meetings amid its insistence to reject the discussion of any political issue.

“In principle, we will participate in the Geneva talks, but our final decision is based on what the Astana talks will witness today [Thursday],” member of the HNC Fouad Aliko told Asharq Al-Awsat.

He said: “If participants do not discuss the issue of consolidating the ceasefire, the building of trust on humanitarian issues and the release of detainees, then all opposition factions will withdraw from the meeting and therefore our participation in Geneva will be useless.”

The latest developments came as U.N. special envoy to Syria Staffan de Mistura said from Rome on Wednesday that the agenda of Syrian peace talks due to begin in Geneva next week will be line with a U.N. Security Council resolution aimed at ending the conflict and will not be changed.

“That is the agenda and we will not change it, otherwise we open up a Pandora’s box,” de Mistura told reporters.

The opposition groups considered de Mistura’s comments as a threat.

These groups insist on arranging the priorities of the agenda, which should start by first discussing the establishment of governance, then moving to tackle the Constitution and the presidential elections.

However, Aliko said that de Mistura insists on discussing the three main points listed on the Geneva talks agenda at the same time through specialized committees. “We will not accept this Russian-Iranian approach that serves the Syrian regime,” Aliko said.

De Mistura said U.N. Resolution 2254 was based on three main points: establishing governance, coming up with a new constitution, and moving to elections under U.N. supervision.

Salim al-Muslit, spokesman of the HNC, told Reuters the opposition was sticking to its position that head of the Syrian regime Bashar Assad can have no role in the transition, saying “the heavy price paid by the Syrian people” would have been wasted if he remained in power.

Muslit said the HNC, which includes rebel groups and political opponents of Assad, wanted to start the negotiations by discussing a governing body to oversee the transition.

Assad has previously rejected that idea.

The first round of Astana talks on Syria had gathered representatives of the Syrian regime and the opposition groups for the first time since the start of the Syrian war. The talks resulted in an agreement between Russia, Iran and Turkey to establish a trilateral mechanism to monitor the ceasefire that came into effect on December 30.