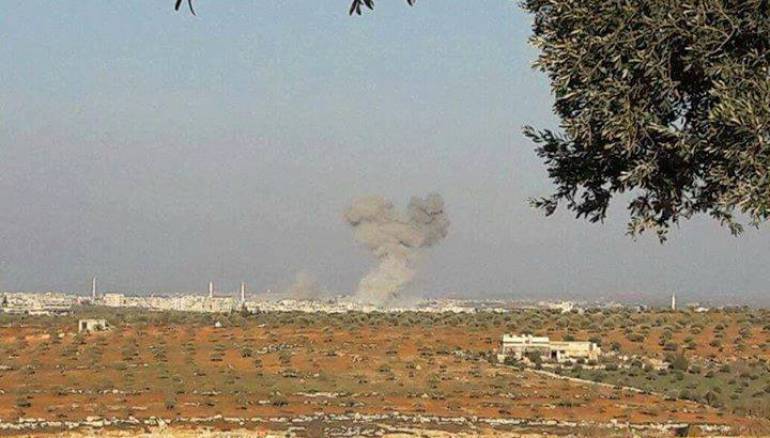 At least 10 civilians have been killed in regime air strikes on the northern countryside of Deir ez-Zor, activists said Tuesday.

Ahmed Ramadan, an activist in the Euphrates Post campaign, said 30 more people were wounded in the aerial attack on a bus station in the town of Sour.

In Raqqa province, US-led coalition jets have also killed eight civilians from a single family in strikes that targeted an ISIS-held village near Raqqa city, a local watch group said on Tuesday.

The anti-ISIS activist group Raqqa Is Being Slaughtered Silently said that US strikes targeting al-Sahhamiya village killed all the members of one family.

Meanwhile, US-backed Syria Democratic Forces retook control of three more villages on Tuesday, marking rapid advances against the radical group this week. On Monday, SDF fighters had seized control of an oil field and eight villages from the Islamic State in Deir-ez-Zor and Raqqa provinces.

The SDF also took al-Jweif oil well from ISIS in al-Ruweished, a region located between Deir-ez-Zor and Hassakeh, according to Ahmed al-Ali, an activist based in Hassakeh.

Eight more villages in the northern countryside of Raqqa were also seized by SDF, activists’ reports said on Monday.