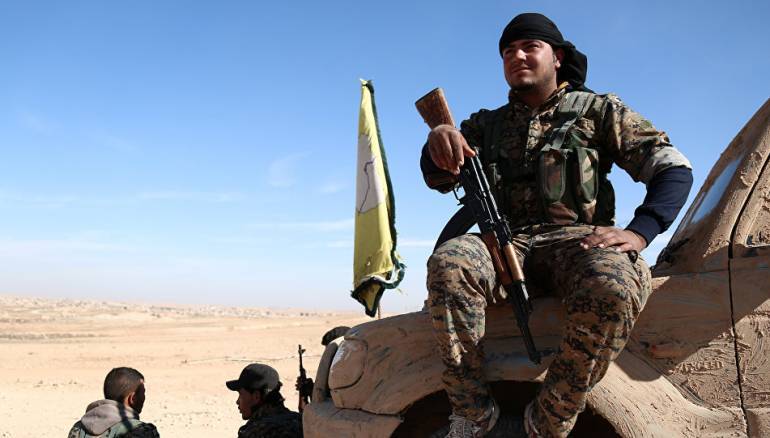 The US-backed Syrian Democratic Forces wrested control of a new set of villages from ISIS in the northern countryside of Raqqa on Thursday, making rapid advances, with ISIS’ de facto capital appearing a few days away.

The Kurdish-led SDF seized control of 15 villages from ISIS this week in Deir-ez-Zor and Raqqa provinces.

SDF fighters are currently controlling most of the villages and towns north of Raqqa and are establishing themselves in eastern areas. Loss of Raqqa would be a major blow to the extremists since it was one of the first cities they took full control of before declaring a caliphate in large parts of Syria and Iraq in June 2014.

The Kurdish-Arab alliance has been making advances towards the city of Raqqa since November. But once they reach the city, a bloody and long battle is expected as the extremists have set up fortifications with thousands of battle-hardened fighters prepared to defend them.

Meanwhile, the US-led coalition jets have stepped up their aerial bombing campaign in support of the SDF, resulting in the killing and wounding of dozens of civilians.

At least 18 civilians, eight from a single family, lost their lives since Tuesday in air strikes targeting ISIS-held areas.