Government delegation arrives in Astana for the third round of Syria peace talks, which will kick off Tuesday, Syrian state media reports 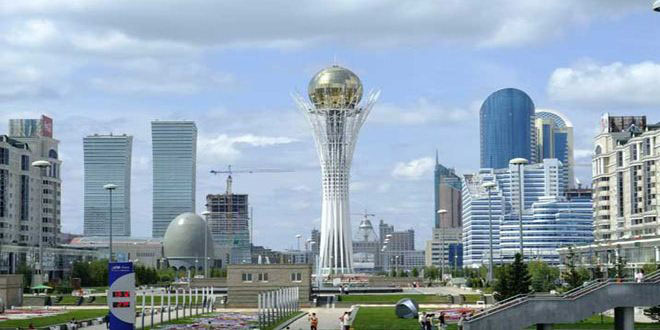 A Syrian government delegation, headed by Dr. Bashar al-Jaafari, arrived in the Kazakh capital Monday to participate in the third round of Astana talks on the Syrian conflict.

The first round of Astana talks, held Jan. 23-24, stressed the importance of respecting Syria’s sovereignty, independence and territorial integrity, and announced the establishment of a trilateral mechanism to monitor the cease-fire in Syria. The talks also stressed that the solution to the Syrian conflict can only take place through a political process.

The second round was held on Feb. 16 and focused on consolidating the cease-fire agreement.