In an agreement with the regime, the opposition fighters, in the face of regime’s continuous bombardment of al-Waer and loss of civilian life, were forced to leave the area 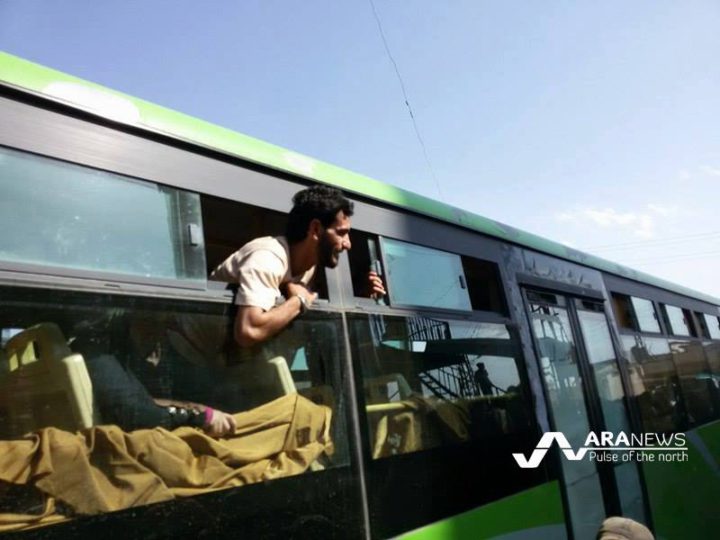 The Syrian regime on Monday announced a new agreement with the remaining opposition fighters to leave al-Waer district in Homs.

The regime’s official news agency, SANA, quoted the Homs governor Talal al-Barazi as saying: “A deal has been reached to complete implementation of the third stage of the reconciliation agreement in al-Waer district and to benefit from the amnesty decree to regularize the status of those who want to lay down their arms and return to their normal lives.”

Barazi said that the fighters who do not wish to regularize their status would leave in batches with their families within six to eight weeks. He added that the reconciliation deal was accomplished in cooperation with the Russian coordination center.

Syrian regime forces had imposed a tight siege on al-Waer, the last opposition stronghold in Homs city, and had bombarded the district with heavy air strikes and artillery. Regime snipers had also continuously targeted the area over the last three months, killing and wounding dozens of civilians.

The regime had given the negotiations committee of al-Waer a number of proposals that aimed at calming the situation in the district and threatened military escalation if residents of the district rejected these proposals, media activist in Homs Qais al-Hassan reported.

Al-Hassan said that the regime proposals gave all rebel groups and factions in al-Waer a choice to either leave the district or regularize their status and surrender their weapons.

Observers believe that the heavy bombardment by the regime on al-Waer and the continuous deaths of civilians forced the opposition to accept the agreement and leave the area.