International community must assume its responsibilities and work to stop future massacres by coalition air forces, loyalist outlet quotes ministry as saying, after reports emerge of over 30 deaths in the fatal strikes 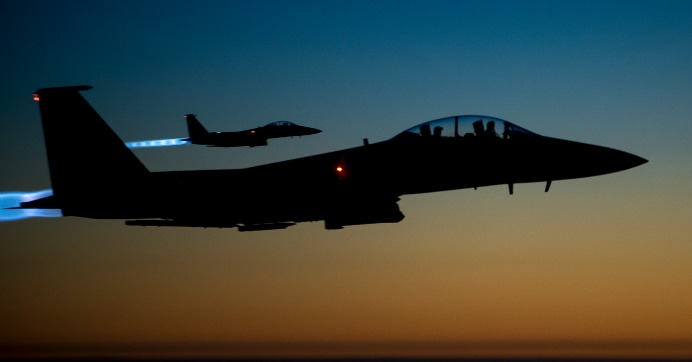 Syria’s Foreign Ministry affirmed on Wednesday that U.S.-led coalition air forces were responsible for massacring scores of women and children in a strike which hit a school in Mansoura, Raqqa province.

“The attack claimed the lives of over 30 children and women and it injured tens of Syrian civilians, in addition to destroying the school which was home for nearly 50 families displaced from Aleppo, Raqqa and Palmyra,” the ministry said in two letters addressed to the United Nations Security Council.

It added that this coalition has perpetrated a number of massacres against Syrians in the towns and villages of Aleppo, Raqqa and the Deir-ez-Zor countryside.

The ministry said it regretted that the U.N., particularly the Security Council, stood silent and failed to condemn the crimes or attempt to stop the aggression.

“The government of the Syrian Arab Republic calls upon the U.N. Security Council to assume its responsibilities to stop the massacres and acts of destruction and sabotage perpetrated by the international coalition,” it said.