Coalition media office quotes HNC head as saying the Assad regime shifted focus of the talks to countering terrorism as a way to avoid discussing a political transition, adding that Moscow's efforts to ensure a peace deal will not succeed while it supports the government on the ground 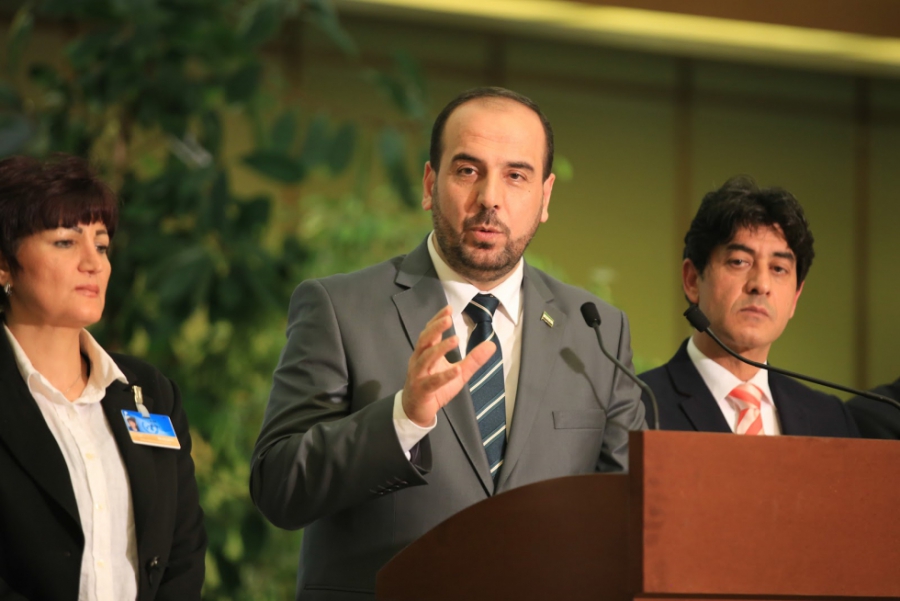 The head of the opposition delegation to the Geneva talks said that the negotiations have not resulted in any substantial progress, blaming the Assad regime for the failure of the previous rounds of negotiations.

Nasr al-Hariri, head of the High Negotiations Committee, reiterated the opposition’s commitment to successful negotiations, stressing that the Assad regime is to blame for the stalled talks which wrapped up on Friday.

At a press conference in the United Nations headquarters in Geneva on Friday, Hariri said that the HNC’s delegation insisted on discussing political transition and its various aspects. "At this point negotiations have not resulted in relative progress, but we hope they did not fail altogether.”

“Through its participation in the Geneva talks, the opposition is seeking to put an end to the suffering of the Syrian people," Hariri added. He noted that the Assad regime has killed more than 1,000 civilians since the fifth round of talks began on Feb. 23.

"They are solely discussing their empty rhetoric about countering terrorism, although they attracted terrorism to the region, they used all kinds of weapons, and they used siege and chemical weapons against the Syrian people," Hariri went on.

The HNC’s delegation also sought to guarantee the humanitarian provisions set out in United Nations resolutions and to reach a just political solution without Syrian President Bashar al-Assad and his clique.

Remarking on the Russian position concerning recent developments in Syria, Hariri pointed out that while claiming to support a political process, Moscow continues to support the Assad regime and contribute to the demographic change that it is carrying out in Syria.

“These two factors contradict one another,” Hariri stressed. “On the ground, they are helping the regime and contributing to displacement and demographic change, while also claiming to support the political process.”