Opposition blames international community for allowing conditions for further attacks on civilians after reported chemical attack in Khan Sheikhoun, saying failure to take immediate action would be a signal of exoneration for the Assad regime 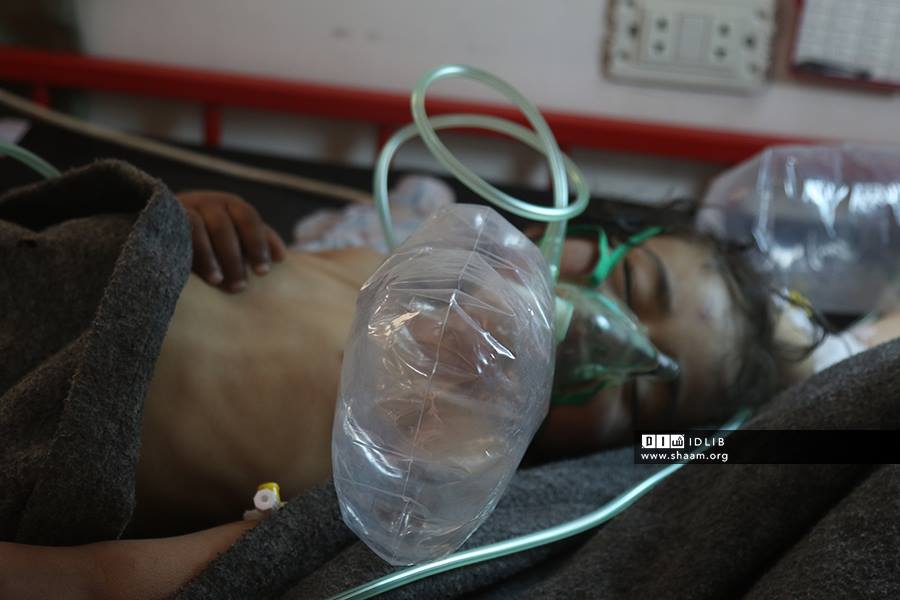 Syria’s opposition is calling on the United Nations Security Council to hold the Assad regime to account for the chemical attack carried out in Khan Sheikhoun, rural Idleb, on Tuesday, in which at least 100 people were killed and more than 400 injured.

In a statement, the Syrian National Coalition urged members of the Security Council to hold an emergency session to address the crime, and to conduct an immediate investigation to ensure that those responsible for the attack are held accountable.

“The failure to take concrete, urgent action would be understood by the Assad regime as a blessing for its actions. Inaction is no longer an option as it amounts to direct involvement and even direct responsibility for those crimes,” the Coalition added.

The Coalition said that early photos and videos of the aftermath of the attack show a crime similar to the Assad regime’s 2013 chemical attack on Eastern Ghouta, which the international community allowed to go unpunished.

The Syrian air force also carried out a massacre against civilians in the town of Douma in Eastern Ghouta on Monday, claiming the lives of at least 32 people, including women and children.

“These crimes would not have happened again had it not been for the lukewarm response by the international community and its failure to ensure protection for civilians,” the Coalition said.