Government outlet SANA reports from civil sources that four children were among the dead after the U.S. attacked Shayrat air base and struck villages the surrounding area 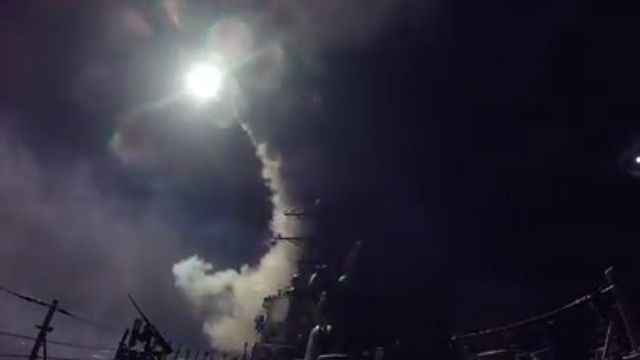 Nine civilians, including four children, were killed in the U.S. missile attack on a military air base and nearby villages in Homs province on Friday morning.

Civil sources told SANA that two missiles used in the attack that hit the Shayrat airbase killed five civilians, including three children, in addition to causing damage to nearby houses.

Another U.S. missile fell in Al-Hamrat village, killing four civilians including a child. Meanwhile, seven civilians were injured when a missile struck houses in Al-Manzoul village, which lies 4 km away from the Shayrat airbase.