Opposition outlet Zaman al-Wasl reports that Kurdish forces are targeting Arab residents of Syria's northern region in campaigns of discrimination and forced displacement, amid rapid advances by the Western-backed forces against ISIS positions in the area 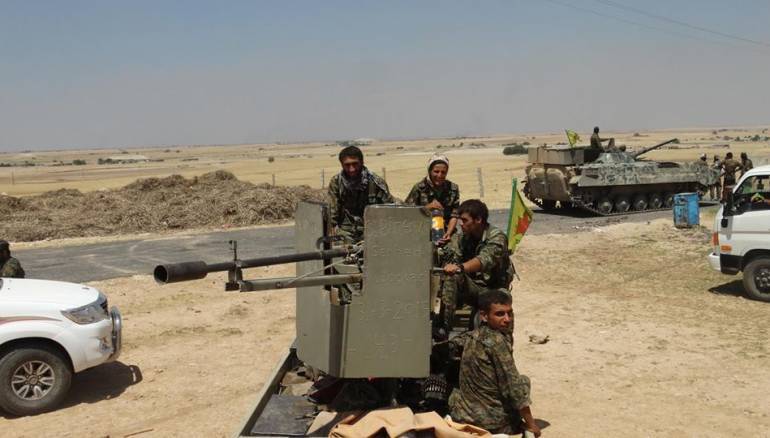 Kurdish militants stormed an Arab village in the northeastern countryside of Raqqa city on Monday, arresting all men in the area and humiliating the women, over claims of residents' links with the Islamic State (ISIS).

The Arab-majority villages in northeastern Syria have been suffering brutal discrimination and forced displacement under Kurdish militias.

Civilians in ISIS-held areas of the northeastern province of Hassakeh are not able to flee as clashes intensify between ISIS forces and the U.S.-backed Kurdish militias, activists said.

ISIS influence in Hassakeh has declined rapidly due to rapid advances by the Syrian Democratic Forces, a Kurdish-led alliance backed by ground and aerial support from Washington.