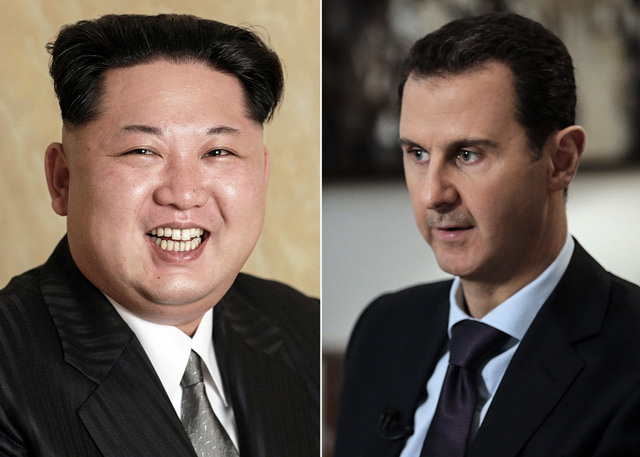 The North Korean news agency said on Sunday that Assad had thanked the Korean leader for his congratulations on being reelected national secretary of the Baath Party in Syria, and stressed the thanks of “the Syrian Arab Republic for the support which Korea has given to Syria to overcome the difficulties it faces.”

Assad in his message pointed to the “harmony” of the positions of the two countries around a peaceful solution to the Syrian crisis, through national dialogue and by preserving the unity of Syrian territory.

Kim had sent a message of congratulations to Assad on the occasion of the 71st anniversary of Syria’s independence, in which he condemned and criticized the American attack on Shayrat air base and promised to provide support to the Syrian government.