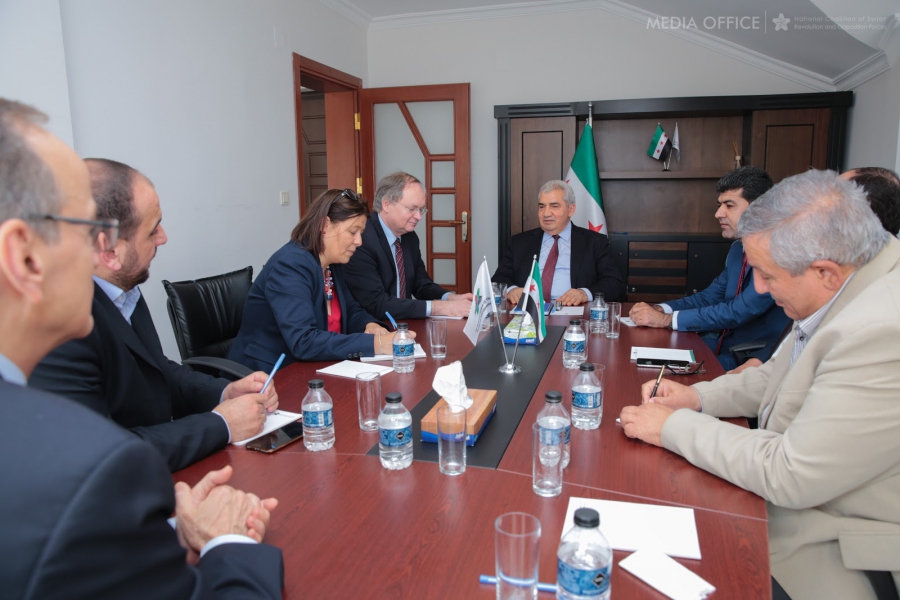 President of the Syrian National Coalition Riad Seif has urged the European Union to support the political process at the upcoming round of Geneva negotiations in order to help Syrians achieve dignity and freedom from the Assad regime.

During a meeting on Saturday with the EU’s top representative to Turkey, Christian Berger, Seif called for continued humanitarian support for projects developed by the opposition government to provide services to Syria’s civilian population.

Seif also pointed to plans by the Coalition to improve its performance and gain greater confidence from the Syrian people by reforming its institutions. He said that such an effort would require greater support from friends, especially the EU.