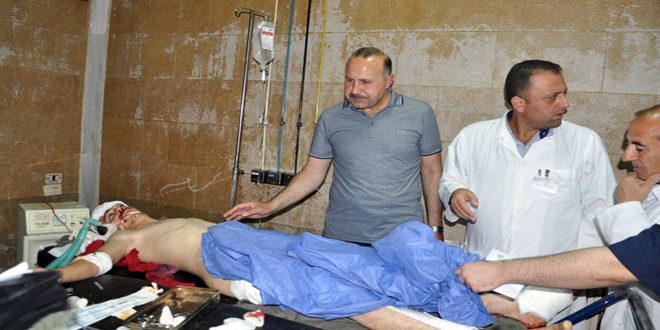 Hama Governor Mohamad al-Hazzouri told SANA that a suicide bomber blew himself up amongst travelers using an explosive belt, adding that two explosive devices were later found and defused at the scene.

SANA's reporter said that the terrorist bombing caused huge material damage to the entrance of the bus station, the Imam Muslim Mosque and infrastructure in the station.