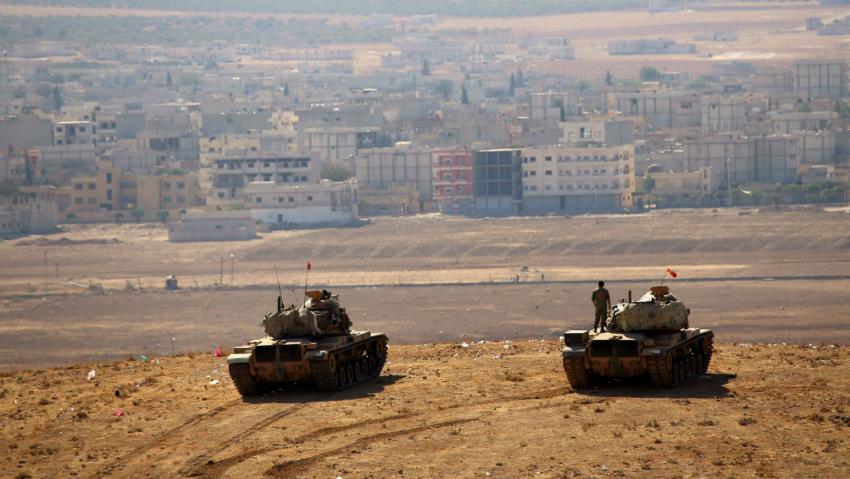 Syria’s Foreign Ministry on Thursday lashed out at the Turkish regime under President Recep Tayyip Erdogan for its new attack in areas in the northern countryside of Aleppo.

In two letters to the United Nations secretary-general and the president of the Security Council, the ministry said that Turkish forces carried out new incursions in the areas of Azaz, Jibrin and Ekhtrin in Syria's north.

The letters said the new aggression is evidence that Turkey is a “main partner” in terrorism and shows Ankara is conspiring against Syria in a way that poses a serious threat to regional and international security and stability.

The ministry noted that Syria had previously condemned Turkey’s occupation of Syrian land, which it did using armed force and supporting, arming and training armed terror groups, in addition to building walls which have cut off vast parts of Syrian territory at the expense of Syrian farmers.

It slammed Turkey’s policy of aggression and expansionist delusions on Syrian territory, adding that Syria stresses the determination of its people and armed forces to defend each inch of its territory and continue, by all possible means, facing the terrorism which is supported and endorsed by Erdogan’s regime.