Dispute over the raising of the revolutionary flag signals end to truce as heavy infighting returns to the northern province, opposition website reports 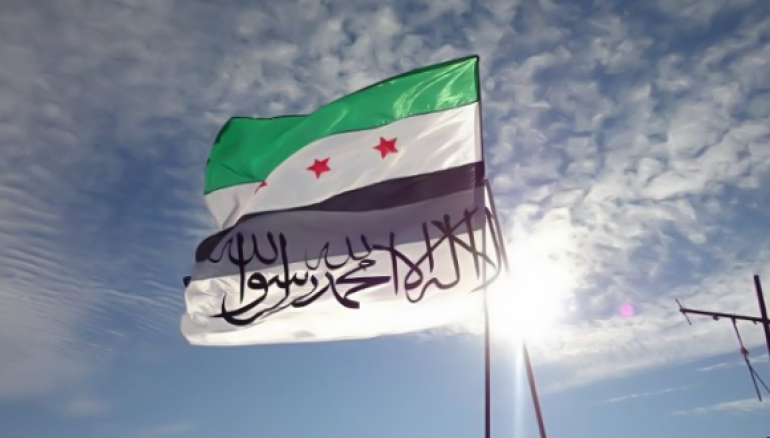 Clashes are ongoing between Ahrar al-Sham and Hay'at Tahrir al-Sham in Idleb for the second day, ending a 2-day-old truce between the rival Islamist groups and sparking fears of widespread violence in the whole northern province.

The fight extended to 14 towns and villages in the northern and southern countryside, leaving casualties from both warring parties.

A woman was killed and dozen others were wounded on Tuesday when Al-Qaeda-linked Hay'at Tahrir al-Sham attacked Ahrar al-Sham bases in 10 different villages.

A Zaman al-Wasl reporter said that Hay'at Tahrir al-Sham had taken control of the villages of Hazazin, Abdeen and the town of Al-Dana, as well seizing ground in Saraqib in the southern countryside, using heavy guns and artillery.

Normal life has been paralyzed in Idleb, according to activists, who are demanding an immediate cease-fire before further escalations.

The powerful groups on Sunday reached a deal to end a week of tensions and to halt fighting and media provocation by forming a committee to reconcile the discord, Imad al-Din Mujahed, press officer of Hay'at Tahrir al-Sham told Zaman al-Wasl.

Local activists said militants of Hay'at Tahrir al-Sham on Tuesday opened fire on civilians who raised the revolution flag in Idleb's central square. The same flag has been adopted by Ahrar al-Sham as its new banner.

Turkey announced in early July the possible deployment for its troop in Idleb in coordination with its allied rebel factions. Observers say Hay'at Tahrir al-Sham's command believes its forces will be the next target following the uprooting of Islamic State (ISIS) from eastern Syria.

Idleb is one of the most important rebel strongholds, including jihadist factions, who seek to overthrow President Bashar al-Assad, whose air force, along with that of his ally Russia, has been heavily bombarding opposition forces there.