Assad regime is responsible for nine out of 10 forced disappearances in Syria since the outbreak of the conflict, according to rights group 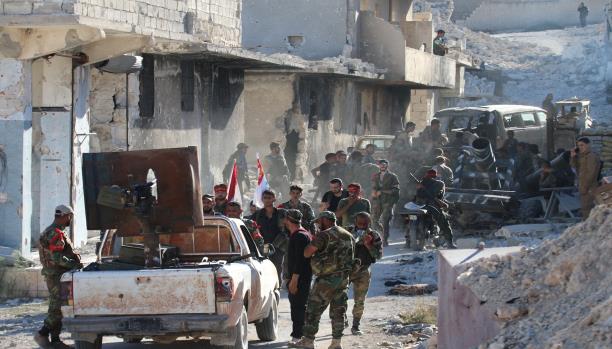 At least 85,000 people have been forcibly disappeared by parties active in the Syria conflict from March 2011 until August 2017, according to a human rights monitor.

A report by the Syrian Network for Human Rights highlighted the issue stating that forcible disappearances have become a weapon of war used by various parties to the conflict.

According to the report, the largest portion of forcibly disappeared victims were from the Damascus countryside, followed by Daraa and Damascus provinces.

The report noted that the arbitrary arrests documented over the last seven years were closer to mafia kidnapping operations and were carried out through checkpoints or raids without arrest warrants, and that prisoners were prohibited from communicating with their families or lawyers. It added that authorities would refuse to acknowledge holding them. According to the report, most arrest cases were upgraded to the state of forced disappearance.

The report was based on interviews conducted by the Syrian Network for Human Rights team with families of the victims of forced disappearance or their friends who were witnesses to the arrests.

The report blamed the Syrian regime for 90 percent of the forced disappearances, and said that it was the primary and first party who began to conduct forced disappearances against the opposition from March 2011. It has since used the practice systematically against the full spectrum of the Syrian people as a weapon of war connected to killings, sexual violence and material blackmail.