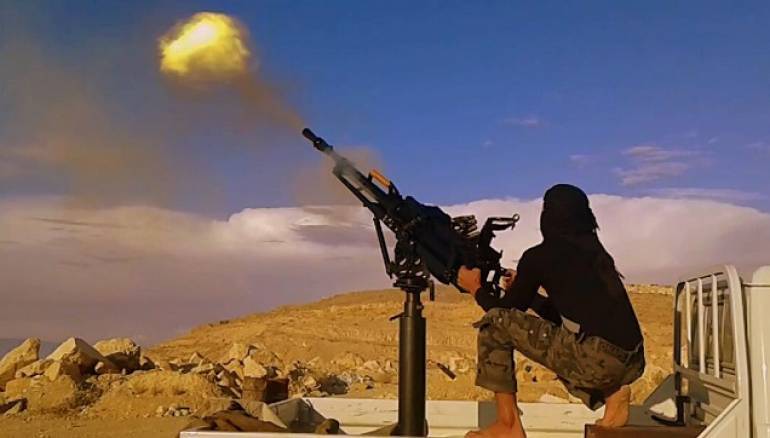 The U.S. army, through its joint task command in Jordan, has called on allied rebel groups fighting regime forces in the Syrian desert to withdraw to Jordan, saying the move will serve the de-escalation zone agreement as they face inevitable defeat.

In an audio message, the U.S. army urged the Forces of Martyr Ahmed Abdo and the Lions of the East Army to enter the Jordanian territories within 48 hours as regime forces and allied Shiite militias make rapid advances in the desert, also known as the Badia region.

The Amman-based Joint Operations Room, which leads rebel factions in southern Syria, said it is seeking another cease-fire deal with the Assad regime.

The key rebel groups in the Badia said last week that regional and international powers are pressing on them to stop fighting and to launch attacks on the Islamic State (ISIS) instead.

The two Free Syrian Army-affiliated groups recently urged fellow rebel factions to launch attacks on regime forces in Qalamoun and Daraa to lessen the offensive in the Badia.

The Forces of Martyr Ahmed Abdo said the ultimate goal of the Assad army's push in the Badia region is to link its forces with Iraq's militias on the other side of the border.

The Damascus-Baghdad highway — which cuts through the region — was a major weapons supply route for Iranian weapons into Syria until ISIS seized large swaths of territory along the Iraqi-Syrian border, according to regional intelligence sources.

Since May, the regime army has been moving large numbers of troops to the Badia region on the country's border with Iraq and Jordan.

In August, the Jordanian-linked Army of Free Tribes withdrew from its posts in the Badia near Suweida city, in a surprise move granting the regime army more territory.