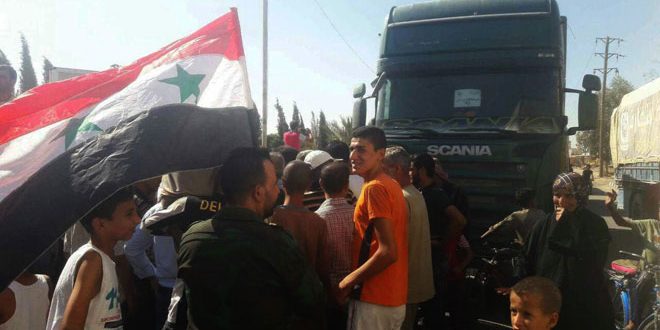 A convoy of 30 trucks carrying food, medical and school supplies arrived in the city of Deir-ez-Zor on Thursday after the Syrian army broke the Islamic State-imposed siege on the city.

SANA’s reporter in Deir-ez-Zor said that the convoy, which arrived in the Regiment 137 district in the southwest of the city, included thousands of health, food and medical packages, in addition to books, stationery and other school supplies.

Deir-ez-Zor Governor Mohamad Ibrahim Samra said that the distribution of supplies to all citizens will start from Friday.