Efforts by HTS to improve the security situation in the rebel-held city has not convinced residents they are safe, Zeitoun writes 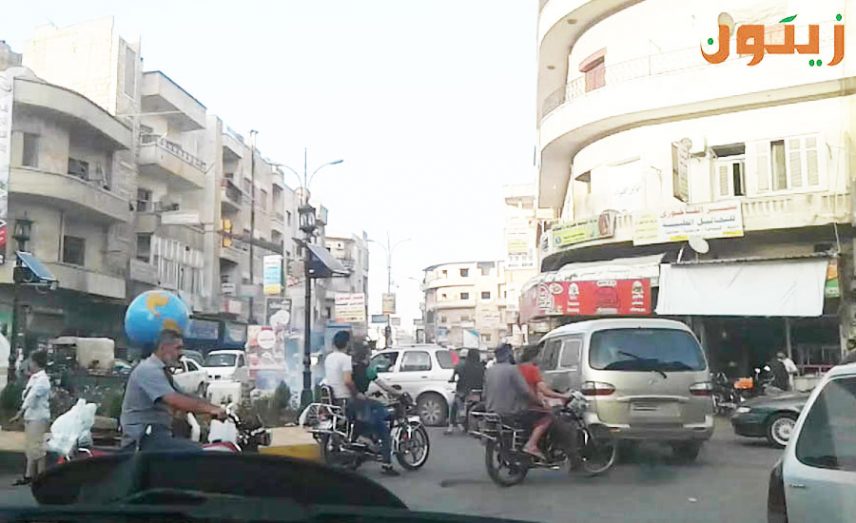 More than a month and a half after Hay’at Tahrir al-Sham (HTS) took control of Idleb province, the security situation in the provincial capital is still relatively unstable despite efforts to erect checkpoints at the markets, streets and gates of the city to inspect cars.

One resident of Idleb, who preferred not to be named, told Zeitoun: "The security situation in Idleb city is unstable in general, but it has become more stable than before after Hay’at Tahrir al-Sham took control of the city, as the rate of bombings has decreased compared to previous months."

HTS has deployed security forces as market guards at night with the aim of protecting shops from theft, as well as having its fighters control and punish traffic offenses, especially for motorcyclists.

One Idleb city resident told Zeitoun: "Despite all the security measures taken by the security force, theft and some incidents still occur, in addition to the danger of bombardment by coalition planes under the justification that the Hay’at is present inside the city. All the coalition countries are searching for any pretext to bomb civilians in Idleb province, which is one of the biggest strongholds of the Syrian revolution."

One city resident proposed that to improve safety the scope of security coverage should be expanded to areas outside the public highway, in order to prevent theft carried out by gangs of bandits. The resident said he had been subjected to a theft while riding his motorcycle during the Eid holidays on the southern outskirts of the city, adding that he was fired upon when he did not stop as the thieves demanded.

An activist in Idleb city, who asked not to be named, said that the continuing presence of HTS inside the city drew a major danger from the West and international coalition's warplanes, saying that reconnaissance planes had not left the skies of the city and its countryside for several days and that they were observing positions and determining targets. He said he feared the possibility that a campaign of indiscriminate bombardment could begin on the city at any moment under the pretext that HTS was present there.