U.S.-led coalition admitted earlier this year to killing hundreds of civilians in its campaign against the Islamic State 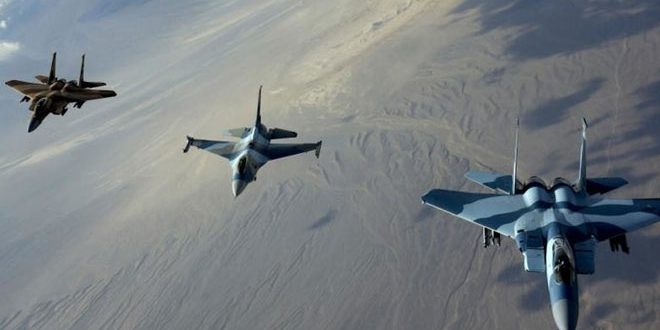 International coalition warplanes killed 22 civilians on Wednesday after carrying out airstrikes on civilian homes in the city of Raqqa and in the northern countryside of Deir-ez-Zor.

Local sources confirmed the raids targeted houses in the area around Al-Bado Alley in the city of Raqqa, killing 11 civilians, mostly women and children.

In the northern countryside of Deir-ez-Zor, 11 civilians from one family were killed in the U.S.-led coalition’s airstrikes on the village of Al-Shahabat.

The strikes also caused massive damage to homes and infrastructure, according to the sources.