Christian lawmaker takes over from Hadyia Abbas, Syria's first female speaker, after she was discharged for misconduct in July 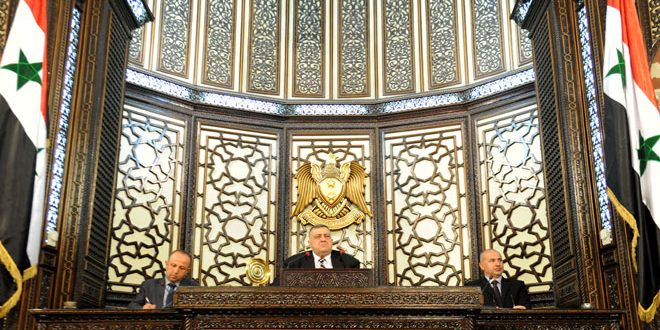 Hammoudeh Sabbagh was elected on Thursday as the new speaker of the People's Assembly, winning with an absolute majority of 193 votes.

Other nominees for the position included Nidal Hmaidi, Ahmad Mari and Waddah Murad, who won just 17 votes between them.

On July 20, the Assembly issued a resolution discharging Hadyia Abbas from her post as speaker on claims of undemocratic behavior.