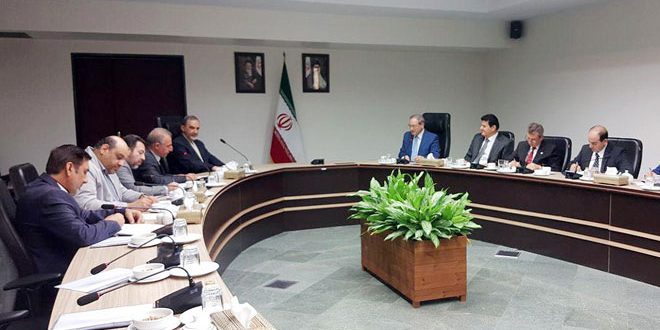 Syria and Iran have restated their commitment to the fight against terrorism and plots aimed at undermining countries of the region, pointing to Turkey’s intervention in the northern Syrian province of Idleb.

Following a meeting on Wednesday with Ali Akbar Velayati, top advisor to Iran’s supreme leader, Syrian Deputy Foreign Minister Faissal Mikdad said that Syrian and Iranian views were convergent on various issues, noting that the support provided by Iran has played an important role in achieving victory and foiling schemes that serve the Zionist entity (Israel) and U.S. interests in the region.

“We in Syria reject the measures taken by Turkey in Idleb and other areas, and demand that the Turkish occupying army withdraw from Idleb and the other areas,” Mikdad said, stressing that Turkey must respect the sovereignty of Syria and decisions made in Astana.

He also reiterated Syria’s rejection of the attempts to divide Iraq, as well as its support for Iran in relation to U.S. President Donald Trump’s stance on the Iranian nuclear deal.

For his part, Velayati strongly rejected the Kurdish referendum in northern Iraq, saying “we [Iran] strongly oppose any attempt to undermine the sovereignty and territorial integrity of neighboring countries.”

He stressed that the Axis of Resistance (an alliance between Syria, Iran and Lebanon’s Hezbollah) will foil all the schemes aimed at undermining the region and its identity and heritage.

Velayati pointed out that Iran will continue providing support to the legitimate governments in Syria and Iraq, and will prevent any attempt to undermine their sovereignty and territorial integrity. He said that U.S.-led schemes in Syria will fail just like they failed in Iraq.