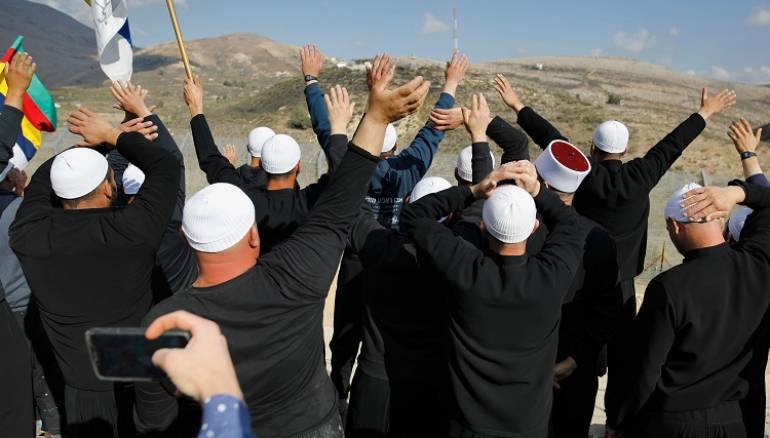 The exploitation of Syria’s Druze community appears to have reached a tipping point after clashes erupted between members of the sect and Syrian rebels in the town of Hadar near the Israeli-occupied Golan Heights, following regime attempts to control the town of Beit Jinn south of the capital Damascus.

Meanwhile, the Israeli army, which says it is ready to intervene to protect the Druze village of Hadar, has been launching airstrikes against Syria and may be preparing to cross into its territory after a car bomb killed nine people and injured 23 others in the Syrian town. (Official news agency SANA reported that the Al-Qaeda-linked Nusra Front was responsible for the attack.)

Israel’s willingness to protect the village has pushed the regime to attempt to recruit members of the Druze community by promoting sectarian strife, undermining the cohesion of the region with its recent attempts to ignite conflict between residents of the southern cities of Daraa and Suweida.

A large segment of the Druze community in Jabal al-Sheikh (Mount Hermon) has sided with the Assad regime despite calls from Druze sheikhs to keep the sect out of the Syrian civil war. Despite these attempts, Tehran-backed Druze militias have carried out a number of attacks on opposition locations in Quenitra, Jabal al-Sheikh and the Western Ghouta.