Opposition factions claim to have arrested murder squads linked to the Syrian government, but some say the attacks are not limited to regime cells, All4Syria writes 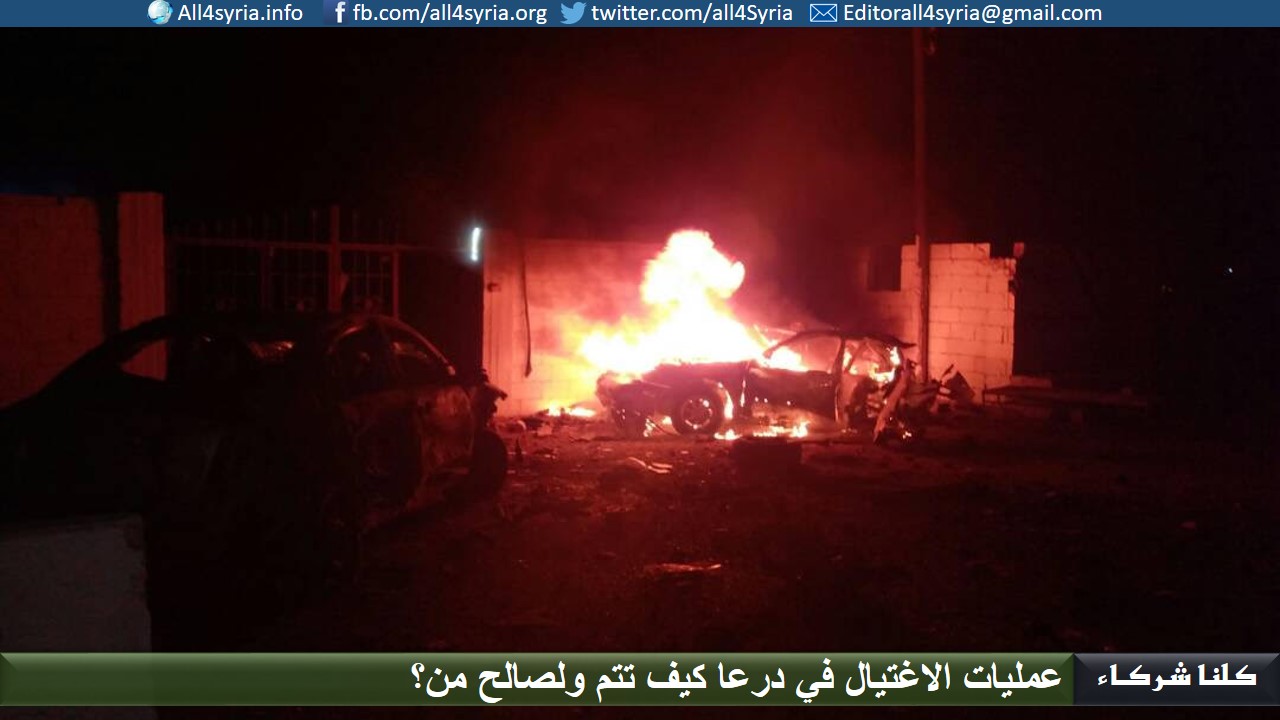 The number of rebels killed in assassinations over the month of October has risen to 30 after a wave of killings targeted the leaders and members of opposition factions in the liberated areas of Daraa. At least 40 assassination operations were carried out over the month, with rebel groups discovering a number of cells accused of carrying out assassinations on behalf of the regime.

A commander in the Kataeb al-Thuwar group, Saeed al-Hariri, said that the number of assassination operations had seen a great increase, coming after the Army of Revolutionaries was able to arrest an assassination cell composed of four people in the eastern Daraa countryside last week. The cell has confessed to being involved in a number of assassinations on behalf of regime forces.

Hariri told All4Syria that the assassination operations which were and still are being carried out on the roads overlooking regime forces positions in Daraa were a real threat to the rebel groups. He said the method of carrying out these types of operations is difficult to prevent because explosives are often planted beside the roads which can be hard to distinguish from other rocks.

The Kataeb al-Thuwar leader noted that the assassinations had increased after a cell was busted this month by the Army of Islam east of Daraa, followed by the Army of Revolutionaries' discovery of a cell. He said the remaining cells were working for the Assad regime to distort the revolution by carrying out the largest possible number of operations in liberated areas.

But the assassinations taking place in the liberated areas are not only limited to regime-linked cells, according to activist Ahmed al-Masri.

Masri said that the assassination operations in Daraa were carried out by a group of entities, each having a particular character which distinguished its operations from other groups.

He told All4Syria that Islamic State (ISIS) cells were also active in the liberated areas of Daraa, and depend on planting “sticky” bombs, as happened in the town of Saida on Oct. 26 when a bomb exploded in the car of Ehsan al-Hushan, commander of the Youssef al-Azma Brigade, killing him. This is in addition to armed assassinations, which is how Nassar al-Zouabi, a commander in the Army of Revolutionaries was killed in the town of Al-Yadooda west of Daraa.