U.S.-based activists say they hope to change public opinion about the nature of events inside Syria, SANA reports 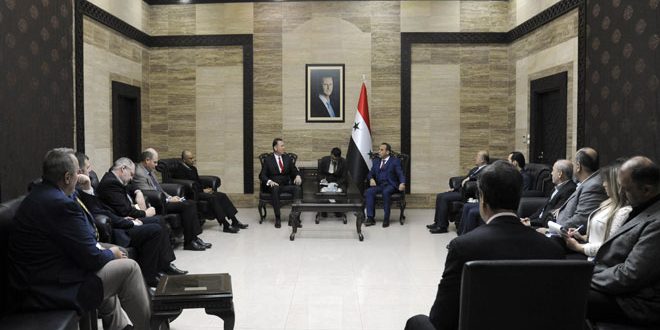 American activists arrived in Syria this week as part of a five-day trip aimed at uncovering the reality of events inside the country.

The only way to break through Washington’s political agenda on Syria is to work to change the public opinion in the United States and convey the true picture of what is happening in Syria, said Marcus Southworth of the Second Qumran Foundation, who headed the foreign mission.

The delegation, which includes activists in the medical, legal, social and political fields from the U.S. and Mexico, visited a number of hospitals in Damascus city on Monday.

During a meeting with Health Minister Nizar Yazigi, Southworth said he regrets that public opinion in his country does not know the truth about what is going on in Syria. He added that he has taken upon himself to be an advocate of the Syrian people, launching a website for this purpose.

He added that the visit aims at seeing firsthand the situation in Syria and working on lifting the economic sanctions imposed on the country, saying that these measures only harm people and have no role in changing political agendas.

A number of the delegation members also highlighted the need to work on changing public opinion through personal relationships, the media, education and exchange of medical missions. They also hailed the medical “miracles” achieved by the teams in Syria under the difficult circumstances facing the country.