Assad is seeking to take the final territory under ISIS control between Albu Kamal and Al-Mayadeen, opposition website reports 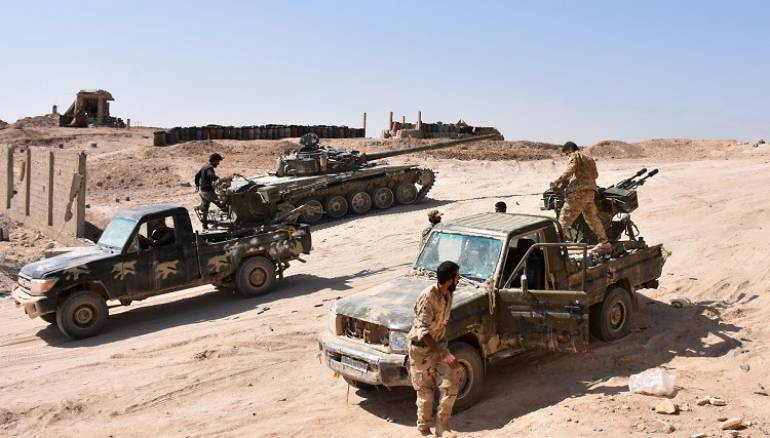 At least 160 militants from the pro-government National Defense Force militia have arrived in Deir-ez-Zor as heated fighting with the Islamic State (ISIS) continues in the eastern countryside of the province, local media said Tuesday.

The reinforcement comes as regime forces seek to uproot ISIS from its last pockets in Deir-ez-Zor after capturing the city of Albu Kamal.

Near the city of Al-Mayadeen, the regime forces failed to make gains against ISIS in the town of Al-Qouriya as clashes continue in the nearby village of Makhan.

The regime army and allied militias, including Hezbollah and the NDF, have taken full control of Albu Kamal which has changed hands several times since the start of the recent advance.

The Syrian government announced the capture of the town near the Iraqi border earlier this month but lost control of it to a blistering ISIS counterattack a week ago.

A string of territorial defeats across northern and eastern Syria had left Albu Kamal as the last significant Syrian town held by ISIS.