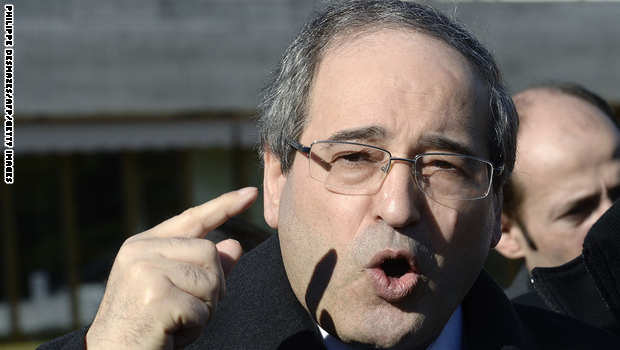 According to statements by the deputy foreign minister, Faysal Mekdad, it appears the Assad regime has begun to think seriously about the future of the Syrian Democratic Forces, which controls northern and northeast Syria in the areas of the Hassakeh, Deir-ez-Zor, Raqqa and Aleppo provinces.

Mekdad added that “those who are working to fragment the Syrian state and put conditions on reintegrating the Syrian territories with one another are un-Syrian and cannot be trusted.” He said that “the [SDF] must now back down to become a part of the Syrian Arab Republic, or their fate will be the same as ISIS and the Nusra Front and the armed terrorist groups.”

The head of the regime, Bashar al-Assad, has previously described the SDF as “traitors.” “Anyone who stands with a foreign state in his country against his people and his army is a traitor,” Assad told journalists.

Does the Assad regime think the atmosphere is right to being a war against the Syrian Democratic Forces? And what will be Russia’s position on this war if it begins?