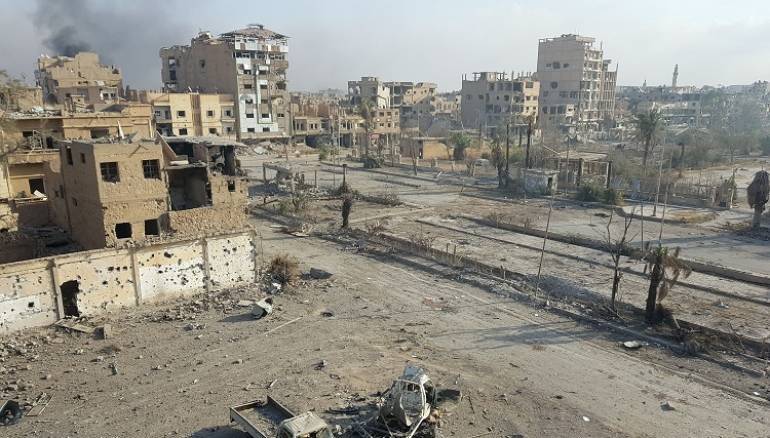 A local monitoring group in the eastern province of Deir-ez-Zor reported that four displaced women had been raped by Assad regime forces and allied militias in the past few weeks.

The Euphrates Post website, which tracks abuses of warring parties, warned people from returning to their homes in the regime-held areas on the southern bank of the Euphrates River.

U.S.-backed Kurdish forces were also involved in a case involving rape in the northern bank of the river, the group said.

Human rights violations including rape have been used by the Assad regime and its allies as a strategy of war throughout the Syrian conflict.

According to the International Rescue Committee, rape has been a "significant and disturbing feature" during the conflict. The IRC reported that the primary reason given for 600,000 women fleeing the war zone is fear of sexual assault.

The Euphrates Post also reported that six civilians, including four children, were killed on Wednesday when an explosion targeted a checkpoint for the Syrian Democratic Forces near the town of Al-Shehail in the eastern countryside of Deir-ez-Zor.

The SDF, which declared victory in its assault in Deir-ez-Zor, still faces resistance by Islamic State (ISIS) fighters who control a number of villages east of the Euphrates River that bisects the oil-rich province.